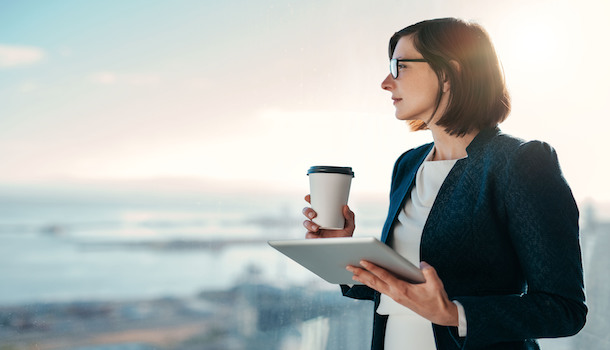 Here’s why innovation in challenging times is essential—and 9 ways to go about achieving it.

We are living in an era where innovation is no longer merely desirable—it’s an out and out necessity.

A casual glance at a timeline supports that observation. Consider any new product that arrives on the market, heralded for its innovation and groundbreaking capabilities. From there, how long might it take before another competitive product comes along, also trumpeting innovation but with new features and new possibilities that supersede its predecessor?

That can boil down to a matter of a mere few months or even weeks—potentially leaving the older product outdated or, worse, completely forgotten.

The foot race of innovation can be particularly problematic during periods of economic downturn or uncertainty. For instance, during times of high inflation or recession, where consumers are playing things particularly close to the vest, it can be tempting for organizations to pull back on the reins of innovation. The reasoning is somewhat understandable—introducing innovative new products that may or may not catch on can seem foolhardy when the people who buy your products are watching their spending closely.

Caution may be understandable—it can also prove destructive. The reality is that innovation remains a constant necessity, no matter the prevailing conditions. Surviving and thriving during challenging economic times mandates constant innovation—a commitment that demands creative, flexible leadership.

Here’s why innovation in challenging times is essential—and how to go about achieving it:

1) Let’s begin by looking inward. As I discuss in my book Everything Connects, an innovative mindset is a cornerstone of companies looking to attract and retain top tier talent. A 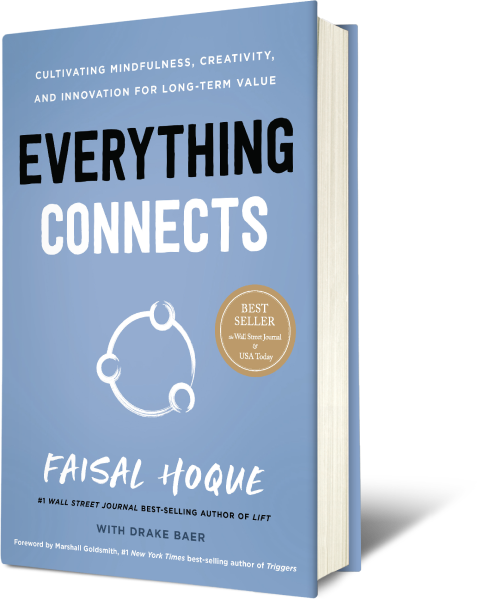 commitment to innovation not only makes business sense, but also fosters a work environment where talented people want to grow and nurture their professional future. If nothing else, an organization that throws the brakes on an innovative culture during market downturns and economic uncertainty risks alienating and possibly losing the talented individuals who help drive powerful innovation and creativity.

2) Next, let’s take a look outside—at the marketplace. As I examine in a number of my books, consumers are in the proverbial driver’s seat when it comes to the sorts of products they want and, frankly, expect. Even though times of inflation or economic uncertainty may make them a bit more hesitant as to their spending habits, their hunger for fresh, innovative ideas remains as solid as ever. Any company that deemphasizes innovation no matter the prevailing economic climate risks losing those consumers to a more aggressive competitor—particularly when the economy improves and spending patterns pick up.

4) Play off an existing product or market. Many of us habitually associate innovation with something utterly new—something completely groundbreaking and fresh. That may be true, but not exclusively. When faced with a difficult economic climate, examine a current product or, alternatively, existing customer base. Consider tweaking that product or, by the same token, offering a new product to existing customers. It’s still a form of innovation, but with a foothold in an existing strength, which lessens the inherent risk.

5) Co-create with your customers. Since, as has already been mentioned, consumers are increasingly calling the shots when it comes to what they want, tap into that influence. Solicit their input as to what they would be interested in—a strategy that many companies routinely employ but which can prove particularly effective during economic slowdowns. Invite their ideas at every possible opportunity. Starbucks is one longstanding example of customer co-creation, as it’s acted on customer feedback and suggestions for years in deciding on new products and items.

6) Try to fail as inexpensively as possible. Any company that routinely pursues innovation knows that occasional failures are a part of the overall bargain. That’s no different during an economic downturn, but the expense of failure carries even greater significance. When pursuing innovation, the maxim is simple—innovate, fail fast and keep moving forward.

7) Boost collaboration. One “good” thing about economic downturns is that they’re not particularly picky as to who they impact. Since you’re not facing this all by yourself, partner with others to continue to innovate while reducing overall risk. For instance, when Fiat was forced to slash its research and development budget, they started to work with other industries and even competitors, which greatly boosted innovation in spite of their internal economic constraints.

8) Build an environment that promotes repeatable innovation. Many companies are capable of innovation, but fewer have systems in place that facilitate innovation time and time again. Start by constantly evaluating organizational strategies and activities and, from there, eliminating or refining those that don’t work particularly well. Further, as I emphasize in “Everything Connects,” a prevailing mindset that encourages innovation is an essential component of an environment that doesn’t treat innovation as a one shot deal. If innovation is always encouraged and supported, innovation will take place again and again because it doesn’t have to be created from square one each and every time.

9) Embrace innovation as a long term component.  Lastly, continue to embrace innovation as a long term component of your operation. One core message that resonates throughout “Everything Connects” is that innovation is a journey, not a fixed destination. Deemphasizing innovation during challenging economic conditions can potentially water innovation down to a sort of luxury that’s only viable when everything else is great. Companies and their leaders which truly embrace innovation know better. It’s a constant necessity, one that needs to be pursued no matter the immediate environment. That can not only limit the impact of short term challenges but help ensure even greater success and growth over the long term.

How To Lead Through Uncertain Times