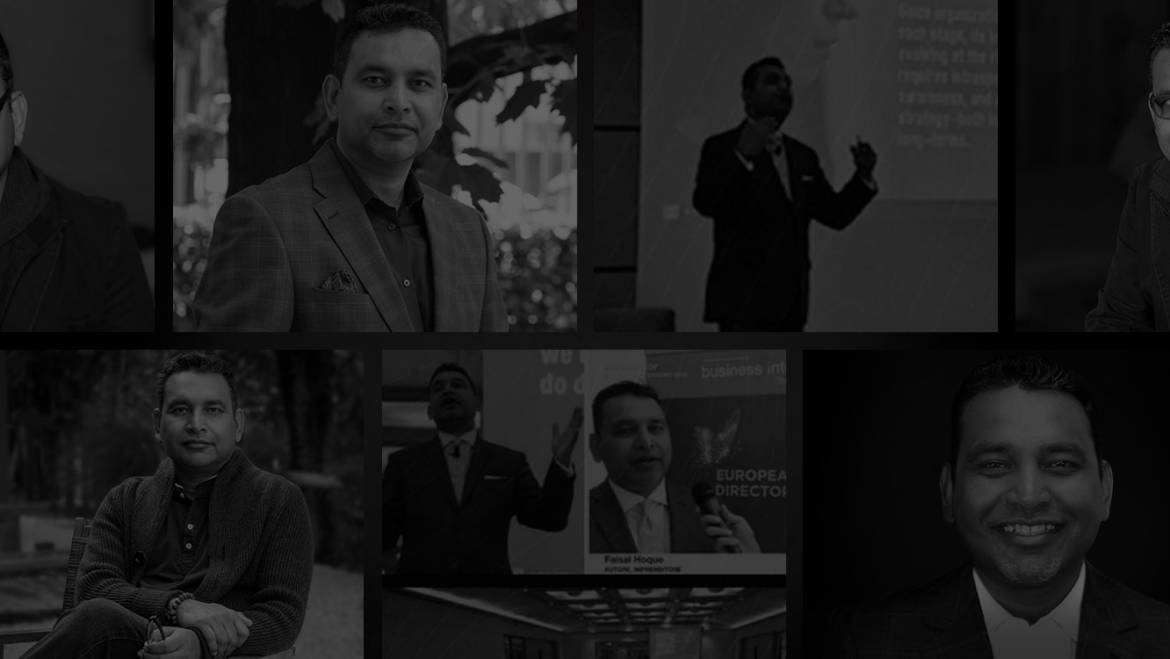 It was August of 1986. I had just finished my first (and rapid) summer semester at Southern Illinois University Carbondale after arriving from Bangladesh. I was 17 and a student of the College of Engineering studying Electrical Engineering. After paying my tuition fee for summer and fall, I had $700.00 to survive, get educated, and move forward with my life!

In the midst of my summer semester, I didn’t quite realize how tight of a situation I had really put myself in. No family members close by, no source of financial help, no one to really console my immediate, clear, and present danger of total demise. It was only after coping with Thermo Dynamics, Advanced Calculus, and a totally new educational system for a semester that I realized that thermo dynamics was a breeze compared to what I was about to face!

In my thermo dynamics class I met some local black students who became good friends and gave me my first taste of real America. They suggested I introduce myself to the ‘art and science’ of on-campus ‘janitorial engineering’ – quickly, if wanted to survive! So begins the development of my expertise in polishing marble floors, cleaning stairs and the arena after concerts and games, putting a shine on furniture, and making bathrooms smell good.

I had the graveyard shift – every weeknight from 12 to 3 am and every Friday and Saturday night from 12 to 8 am. I got so good at buffing floors (given my obsessive compulsive nature) that before long I was asked to clean the offices of the University officials. My friends at the graveyard shift urged me to make an appointment with the school’s Dean to ask for financial assistance going forward. So my ‘pitching’ career began with efforts to set up meetings with the Dean, Provost, and the University President. I even started to leave hand-written notes on their desks when I cleaned their offices. A month or so later I got a few minutes with them.

It is here in the corridors of Carbondale I discovered professional rejection when I was told “No” to my request for financial help. The Provost began by suggesting I should seriously consider going back home. After much persuasion on my part, the school eventually awarded me a $750 scholarship toward my tuition per semester.

Soon after that, I applied to 25 universities across the country looking for a full scholarship. And with a little help from a friend’s introduction, I managed to get a full scholarship from the University of Minnesota Duluth.

In Duluth, my next “No” came from the head of the Computer Engineering Department. In an argument, I was trying to convince him that I didn’t need to take chemistry as I had already taken it at Carbondale. He got so irritated that he told me “You are not the kind of material who will ever become an engineer!” while slapping his hand hard on the desk. A couple of years later, while still studying at UMD, I built my first software/hardware product that was commercially sold by a local company.

During the recession of 1991, I noticed the beginning of the explosion of technology and trends in the financial markets. So rather than focusing on my degree, I reached out to several NYC financial giants to see if anyone would consider hiring me. I sent out my demo and lined up 17 job interviews over a two week timeframe, resulting in 5 offers by the time I returned to Minnesota.

The offer I accepted was from Pitney Bowes, even though it was not in the financial industry where I initially envisioned myself. Thus begun my career as an Associate Engineer for their product development group. I became an engineer, among other reasons, to prove to myself that I could be an engineer for a large R&D organization.

I moved on from there to Dun and Bradstreet. Following that, I created my first company, KnowledgeBase. KnowledgeBase built middleware software applications that ran on TCP/IP before the Internet really took off. I got Chase as a customer and begun to look into raising capital. I ended up getting several interesting offers, including the chance to lead the research & development for on-demand media (merging what I developed at KnowledgeBase) for MCI. However, I instead decided to join GE to help them launch their first B-to-B e-commerce spinoff as one of their youngest business executives at the age of 24.

Ten years after my days at Carbondale, I began planning the launch of my next company, EC Cubed, during August of 1996. We launched EC Cubed in December of 1996, signed up GE as our first customer, and got written up in every major news media. We invented and commercialized reusable software components for B-to-B commerce. Less than 2 years later, after raising millions of dollars from so-called expert venture capital firms, and securing top-tier customers, I heard my next ‘No’.

I was fired from my own company as the Chairman/CEO in May, 1999 as, per the VCs, we were “not growing fast enough”. Among other things, I was also working on my very first book. The venture capitalist who took over the company not only fired me, they retained the manuscript of my book as ‘IP’ built on the company’s time!

To my dismay, I watched my company’s demise over the next 18 months while these VCs with their so-called “expert management team” ran the company into the ground, wasting $70M+ investment, and destroying all customer relationships.

While that was happening, between May, 1999 and August 1999, I wrote a new book. I incorporated my next company on August 13th, 1999. In December, 1999 my book was published, I closed our first round of financing, and signed up our first customer. And in January, 2000 we opened our doors for business.

Since then I have heard many “No’s”, and I am sure there will be more to come. But now, unlike during those days in the corridors of Carbondale, I don’t fear nor do I get frustrated with them. I march forward…

To quote the author Jhumpa Lahiri in her story “The Third and Final Continent” from her book Interpretor of Maladies: