How To Lead Through Uncertain Times 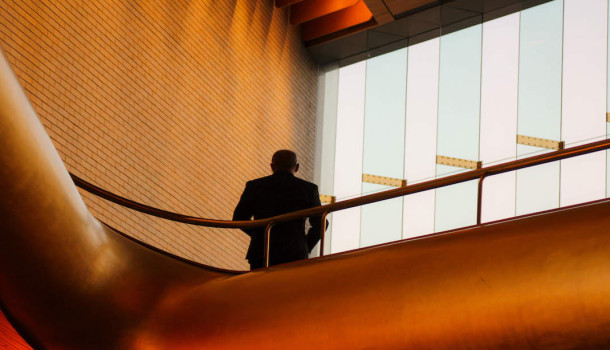 Here are three critical leadership reminders from Brexit (and from the current US presidential election campaign) that can be immediately applied in any of our organizations (regardless of our political beliefs or affiliations).

I was in London on business when the British people voted to leave the European Union.

It seems that the world is increasingly becoming unpredictable and uncertain.

Those who voted for Brexit wanted to regain their democratic sovereignty and free themselves from a weakening European project.

While contemplating the shock of the vote’s outcome, the most worrying aspect for me was the divided nature of their society.

Many older europeans believe it is “saving” the young from the tyranny of Europe, while the youth see the potential of Europe to broaden their horizons. The progressive and well-off Londoners naturally see themselves as Europeans, while the rest of England shudder at the thought. The Scots want to retain their ties with a Europe that may let them fly free from the cage of the United Kingdom. These divisions have been papered over for decades, but this referendum vote has made them very clear.

Bill George, a senior fellow at Harvard Business School and former chairman & CEO of Medtronic wrote in a recent article:

“The U.S. faces similar issues: working class anger, hostility toward the federal government, and a desire to blame problems on “the other”—Hispanic people, Muslims, African-Americans, and China. These emotions translate into fears of immigration, globalization, free trade, and technology—all themes that fan flames of distrust in government and the establishment.”

Whether you are running a country or managing a team, trying to reach a consensus on any decision is virtually impossible if you can’t get people on the same page.

For business leaders particularly, such a state of affairs should be dealt with swiftly. However, there are still many corporate horror stories, where those in power have lost touch with their people or their customers and paid the ultimate price. When you are divided, you will inevitably fall.

When external forces divide a company, or a team, leaders have to take actions to heal the rifts and find some common ground. Here are three critical leadership reminders from Brexit (and from our current US presidential election campaign) that can be immediately applied in any of our organizations (regardless of our political beliefs or affiliations):

ACCEPT THAT CONFLICT IS INEVITABLE

We live in a complex world. It is vital to recognize:

“Success lies in first accepting and then managing through complex situations.”

This is what Jean-Claude Juncker, President of the European Commission said after the Brexit vote, “Europe isn’t exclusively a cerebral affair. Obviously we have to think but equally when you’re sad, it’s acceptable to be sad and I am sad after this vote in the UK and I make no secret of it. The British vote has cut off one of our wings, as it were, but we’re still flying.”

Strong views risk becoming extreme views when there is no engagement – compromise is increasingly difficult when we don’t want to understand the nature of the “other” side.

Conflict arises for a reason, and, much as it is easier to gloss over these reasons, the only way to bring people closer is to talk about their concerns.

From the start of our history, the “them and us” phenomenon has dominated our natural selection. Homo sapiens became the dominant species, technologically advanced nations took over the globe, and powerful corporations have become the driver of socio-economic trends. When we need to resolve divisions, it is important to not label those that are right or wrong – it is important to bring people as close as possible to each other.

That closeness comes from finding a common identity and goal through inclusion.

As Simon Walker, Director General, Institute of Directors, UK stated, “This was not the result that British business wanted, but now that the country has voted to leave the EU, it is imperative that our leaders manage the transition as smoothly as possible. There is inevitably going to be economic and political turmoil. It’s important that the government focuses on restoring stability while a new relationship with the EU is established.”

Our commonality often gets drowned in disagreements — if opinions from a wide range of people are accepted and debated with an open mind, it is often the case that divisions will heal of their own accord.

“Getting people looking in the same direction is never easy, but if they are excluded from the debate, it is impossible.”

THERE IS NO SUBSTITUTE FOR POSITIVE INSPIRATION

The most successful leaders are able to inspire and influence everyone: their executive team, employees, customers, clients, partners, investors, and many others regardless of the situation.

Inspiration cannot happen without clear communication. This communication style means not just clearly articulating your message, but also listening actively—without bias or judgment and with a real willingness to consider a different perspective. It’s about trading messages respectfully and accurately, not just delivering them. Paying heed to their factual as well as emotional content is what allows for better mutual understanding.

Success can quickly inflate egos to the point of the isolation of leadership and the alienation of those most critical to other’s ongoing survival and ability to thrive. The best and brightest will be toppled if they can’t inspire others with concious empathy.

“It takes a hopeful person with a positive, honest, forward-looking attitude to inspire and influence the people involved in building and growing enterprises and communities.”

Serial entrepreneur and author Faisal Hoque is the founder of SHADOKA and other companies. Shadoka enables entrepreneurship, growth, and social impact. He is the author of “Everything Connects: How to Transform and Lead in the Age of Creativity, Innovation and Sustainability” and “Survive to Thrive: 27 Practices of Resilient Entrepreneurs, Innovators, and Leaders”. Follow him on Twitter @faisal_hoque.

To Lead Others, Learn To Lead Yourself First