HomeBlogsNavigating Business Transformation in a... 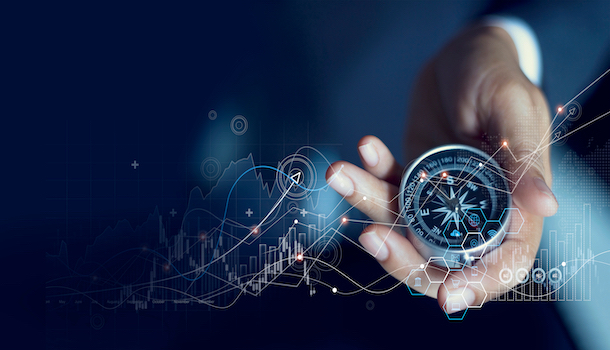 The plain truth is that reinvention is involved, frequently exhausting and undeniably challenging.

No one is about to argue that transforming your business is an easy undertaking. If anyone tried to make such a case, they either are clueless about the process or utterly disingenuous. The high failure rate of transformative efforts across numerous industries attests to the daunting difficulty of sweeping, comprehensive reinvention.

The plain truth is that reinvention is involved, frequently exhausting and undeniably challenging. But it can be achieved, provided you approach the challenge with a systematic plan in place, one that proceeds sensibly from one starting point to the next in a constructive, thoughtful manner.

In my book REINVENT, I coined the acronym LIFTS to encapsulate and define five distinct steps to help guide you and your organization toward successful reinvention. Even a rudimentary understanding of this system can prove valuable in navigating the challenges of transformation and steering toward the many benefits that a reinvention—one that couples new technology with the skills and mindset to make the most of it—can achieve.

Here in order are the five components of LIFTS (Note: Since they’re far too involved to address in this brief article, comprehensive details as to what each of these steps comprise are examined in REINVENT).

Learn. This is an utterly sensible starting point for an equally compelling reason. The very first step in implementing a transformative process in your organization is to educate everyone impacted by the effort.

But that needs to involve much more than a cursory overview. Rather, it’s critical that every stakeholder in the transformative effort have a comprehensive understanding of and appreciation for varied elements of both the transformation itself as well as objectives, possible problems and prospective benefits. That way, you’re able to build a united and informed team—one with as complete buy in as possible to work toward the best possible results.

Investigate. Before moving forward in any meaningful way, it’s essential to gain a sense of where you are, what you and your company can bring to the situation as well as any risks and potential pitfalls.

But the focus is not purely on foreseeable problems. Rather, this is a time characterized largely by potential and opportunity. By developing a comprehensive view of where you are and where you want to go, you can identify particular areas—be they financial, functional, social or others—where the most fertile points of opportunity lie.  That way, when elements of your transformation begin to actually move into place, you’ll have a clear sense of where to particularly concentrate energy and resources.

Formulate. A lot of the necessary planning is in place at this point—but not everything. It’s time to formulate. Having performed extensive assessment, you can begin selecting those objectives that you’ve determined mean the most to your organization—and that are aligned with what you are, what you aspire to be and are adequately supported by technology, governance and processes. Further, from there, to effectively communicate those goals to everyone impacted by the initiative, ensuring not only their understanding of the ramifications of all that’s happening but also what they can specifically contribute.

Takeoff. Thus far, you have had a path forward. Now you need a fine blueprint for actual execution. However tempting it may be to push through your reinvention as quickly as possible, don’t risk compromising by mishandling the process itself. Instead of merely pushing ahead with your foot off the brake, investigate a Strategic Enterprise Architecture (SEA) to enable business agility. That will bring much needed order not merely to the process of implementation but also to individual pockets of information in large organizations—critical to a successful reinvention.

Study. It’s tempting to believe that everything is done, but that’s hardly the case. True, many of the components of transformation may be in place, but now is the time to leverage the opportunity for study. For one thing, obviously enough, you want to pinpoint what in the journey went right as well as those times when things didn’t exactly go as planned. Just as important, if not more so, everyone involved wants to know if all the money, resources and energy that were directed to the transformation were truly worth it. Not only can that prove a valuable form of post mortem where what has taken place is broken down and studied, but it can also offer a blueprint for moving forward—after all, the journey to reinvention never truly ends, and neither should your awareness of what went right, what went wrong and how you can leverage that insight to make the future of your reinvention smoother and perhaps even more beneficial.

One final tip about the overall process of LIFTS. Given that it’s certain that yours isn’t the only organization on the road to transformation, it can be understandably tempting to measure your processes and results against those of others. However alluring, don’t give comparison much attention. If nothing else, the process and mechanics of reinvention are highly singular—what works for one organization make prove utterly useless to others.

That’s why it’s important to evaluate and study your own particular situation rather than measure it against others or industry benchmarks. You need strategies and methodology that allow you to analyze your own experience and outcomes with a singular focus.  Not only does that hone your attention to the needs and priorities of your organization, but it also positions you to continue moving forward in a manner that’s optimal for you and no one else.

The True Nature of Digital Transformation