BRICS Bear the Weight of the World

HomeBlogsBRICS Bear the Weight of the World 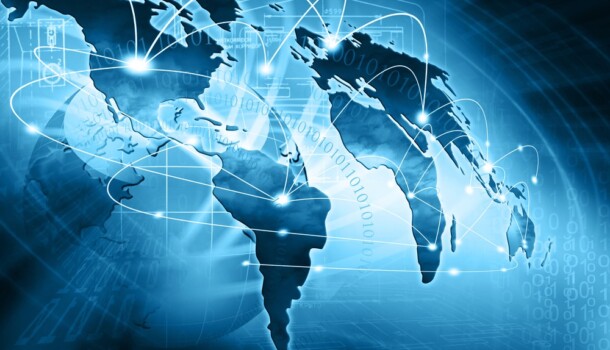 How to Seize Opportunity and Thwart Threats

Squashed by the strains of the European debt crisis and a sluggish U.S. recovery, the world is looking to the dynamic economies of Brazil, Russia, India, China and South Africa for a much-needed boost. Even as growth forecasts slow for BRICS, the developing economies that helped world rebound from the 2008 financial crisis are still leaps and bounds ahead of the U.S., Europe and Japan. Brazil, Russia, India and China will account for nearly half of global growth by 2020, according to Goldman Sachs. The global economy is being led by knowledge that doesn’t require complex corporate structures or gargantuan factories to dominate. As innovative minds connect with worthy partners across the globe, a new kind of competition threatens the dragging developed world.

Between 2000 and 2011, global investors, led by the United States and the United Kingdom, pumped nearly $1.4 trillion — via more than 27,000 acquisitions — into the world’s 15 highest growth markets, according to newly released analysis by international law firm Freshfields Bruckhaus Deringer. The analysis selected the 15 countries with the highest gross domestic product growth: Argentina, Brazil, Chile, China, Egypt, India, Indonesia, Malaysia, Mexico, Nigeria, Poland, South Africa, South Korea, Russia and Turkey. “Looking ahead, the expectation is for emerging markets M&A to play an even greater role in global M&A activity,” Edward Braham, global head of corporate at Freshfields said. “The situation varies by market, but the combination of higher growth prospects, under-consolidated markets and a number of substantial companies that are open to M&A, provides a strong impetus for deals.” Global M&A is likely to jump this year, as more companies pursue deals in faster-growing markets such as Brazil and China, according to a new survey of takeover professionals by Brunswick Group LLC.

As the global M&A contest intensifies, the developed world must seize opportunity or face a mounting threat. In any case, it will change the playing field for all participants. Look at the mining industry. Anglo-Swiss mining group Glencore International and commodity trader Xstrata are in talks to create an $88 billion behemoth that could quickly scoop up competitors. The biggest-ever mining deal is a key indicator that natural resources will lead M&A this year. Western companies still dominate global mining activity, but that could change quickly, as the growth regions that hold the majority of the world’s remaining mineral reserves gain an edge. Following Glencore’s $10.1 billion initial public offering in May, the merged business will have “ample firepower to target new buys,” and likely spur other resource giants including BHP, Rio Tinto and Vale to reevaluate their M&A plans amid stepped up competition, found a new study by data provider mergermarket, in association with international law firm Squire Sanders. “Aside from the shakeup caused by the mega-merger, there are a number of other underlying forces bubbling up in the industry, which may also provide a boost to deal flow,” according to the Global M&A Series Energy & Resources 2012 report.

Expect to see more deals like Brazil’s Vale’s sale of bauxite mines and other aluminum assets to Norsk Hydro for $4.9-billon, which made the world’s largest iron-ore producer the Norwegian’s company’s second-biggest shareholder. The global race is zigzagging across continents. Groups of steel-makers in China and Japan, and manufacturers in Germany, are joining forces to secure access to iron ore and other raw materials. Manufacturers of electronics and other products that rely on rare-earth metals are increasingly concerned with the risk of dwindling exports from China, the world’s top producer of the minerals. Meantime, Chinese and Indian steel-makers are mulling M&A overseas to compensate for shortages in their domestic supplies of coal.

Natural disasters, like the magnitude 9.0 earthquake that battered Japan’s Northeastern coast and triggered a deadly tsunami, or the flooding in Thailand that killed some 815 people, further complicate the battle for control in these industries. In a global marketplace where boundaries no longer exist, competition is intensified by unforeseen events like those tragedies, changes in economic and political conditions, and by the nimble competitors that can spring up from any corner of the world. It’s up to every player, regardless of size, to be ready for any change. It’s never been more essential to thwart threats before they appear on the horizon and to seize opportunities before rivals even sense them creeping.

How To Lead In A Boundary-Less World

How Any Company Can Harness Global Growth In 2013

Be Ahead of the World
Tags: BRICS, Economy, Emerging Markets, Growth, innovation
Share: