HomeBlogsLeadership in a Boundaryless World 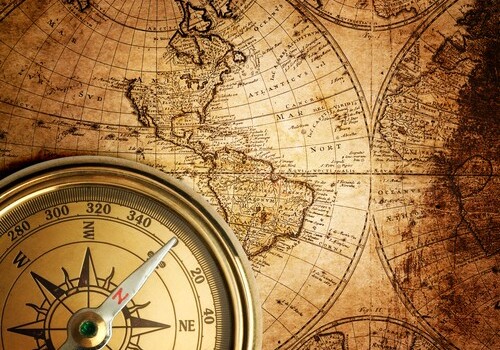 Today’s Global Hyper-connected Economy is being Led by Knowledge that doesn’t Require Complex Corporate Structures or Massive Factories to Dominate.

Leadership in today’s economy, where physical borders do not define boundaries, requires discipline and established processes for cross-boundary collaboration and sustained innovation. The dynamic economies of the developing world are thriving as Europe languishes amid a debt crisis and the U.S. economy sputters on the route to recovery. Leaders and enterprises often celebrate success when they launch an innovative service or product, then sit back and wait for the money to roll in. They fail to recognize how quickly nimble competitors can quickly swoop in and beat them to the bottom line.

Innovation is a continual, profoundly creative process of reinvention and discovery, and sustained innovation demands cross-functional, cross-domain, cross-boundary collaboration. Today’s global hyper-connected economy is being led by knowledge that doesn’t require complex corporate structures or massive factories to dominate. As innovative minds connect with partners across the globe, a new kind of competition threatens the developed world and demands strong, passionate leaders who recognize and embrace the power of cross-boundary collaboration.

Rapidly expanding economies like Brazil, Russia, India, China and South Africa are leading the global marketplace. Even as growth forecasts slow for BRICS, the developing economies that helped the world rebound from the 2008 financial crisis have become centers of innovation, threatening the dominance of the U.S., Europe and Japan. Brazil, Russia, India and China will account for nearly half of global growth by 2020, according to Goldman Sachs. Between 2000 and 2011, global investors, led by the United States and the United Kingdom, injected nearly $1.4 trillion — via more than 27,000 acquisitions — into the world’s 15 highest growth markets, according to recent analysis by international law firm Freshfields Bruckhaus Deringer.

As global M&A intensifies, the developed world must identify and seize opportunities or face a mounting threat. In any case, the pace of M&A will change the playing field for all participants. Anglo-Swiss mining group Glencore International and commodity trader Xstrata are in talks to create an $88 billion behemoth through the biggest-ever mining deal to create an entity that could quickly scoop up competitors. Brazil’s Vale’s sale of bauxite mines and other aluminum assets to Norsk Hydro for $4.9-billon made the world’s largest iron-ore producer the Norwegian company’s second-biggest shareholder.

Enterprises with an emphasis on collaborative innovation often performed better financially and were better equipped to withstand economic change than stagnant, insular organizations. Collaborating for innovation is not a new concept, but one that must be rediscovered and redefined over and over as conditions and competitors change.

Doing business today makes every industry and enterprise vulnerable amid perpetual and often unexpected change. So many companies that bloated into behemoths have blown up, leaving a legacy of collapse as they failed to adapt to change, whether it was unforeseen market conditions, an agile competitor that appeared to have jumped out from nowhere, or a lack of cross functional, collaborative and transparent governance.

Strong leadership and a clear, holistic view into one’s organization are needed to thrive in a world where agility and innovation are vital to the growth and survival of any organization. Everyone in the enterprise – from the leadership down – must understand the business mission and appreciate the operational impacts. Consistent value driven execution occurs when you establish an organizational structure, process, information flow and automation that unite decision-making from the boardroom to the internal and external project teams with converged management practices.

All members of the converged organization must work together knowing what resources are available and what is required to act on any opportunity or pitfall. It’s up to the leadership to ensure that every member of the team and extended enterprise understands and is able to accomplish the goals. It’s up to every player, and every leader, to be ready for any change. It’s never been more important to thwart threats before they appear on the horizon, and to seize opportunities before they hit the radar of rivals anywhere in the world.

The global race is zigzagging across continents at warp speed, and those who don’t sustain innovation through cross-boundary collaboration are going to be left behind or wiped out. Cross-boundary collaborative groups must be assured that technology has been carefully chosen and successfully merged with the enterprise goals and objectives. Access to enabling technologies is paramount in a global marketplace, where the most innovative competitors can spring up in any corner of the world and at any time.

A sustained culture of innovation requires building mature cross-boundary teams and mastering the art and science of converged, multidisciplinary management practices. To achieve this, leaders therefore must be disciplined enough to create an interconnected 360o operating blueprint and scenarios that incorporate continuous value creation and value preservation.  In doing so, leaders will then:

Through such executional capabilities, today’s successful leaders will be sure their enterprises are repeatedly developing new business models that differentiate the organization’s core offerings from those of its competitors, including those lurking in the most unlikely places.