The Rise of the Healthcare Mega-Marketplaces: What Does It Mean For You? 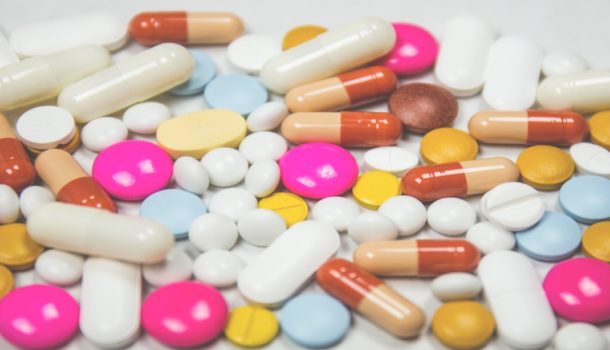 CVS is offering to pay $66 billion for Aetna — a blending that could turn local drugstores into health insurers. Assessing the impacts of the recent rash of mergers and takeovers in the healthcare field.

The mega-marketplace revolution is in full swing across all industries right now. Amazon shelled out $13.7 billion for Whole Foods in an effort to gain a stronger foothold in the grocery industry, AT&T wants to buy Time Warner for $85 billion, UnitedHealth Group is acquiring DaVita Medical Group and the latter’s 300 doctors’ clinics for $4.9 billion, and CVS is offering to pay $66 billion for Aetna — a blending that could turn local drugstores into health insurers.

These deals collectively paint a picture of a business environment that’s ripe for consolidation and ready to merge. Of particular interest to the healthcare industry — already grappling with changes and turmoil on many different fronts — the proposed CVS-Aetna deal could find the acquirer creating a unified, seamless benefits offering to customers (such as large employers).

“The combined behemoth would also have a large and diversified store of health data, an important asset in today’s competitive environment,” the Wall Street Journal reports, noting that Amazon’s intention to “move into the pharmacy business helped spur CVS’ move on Aetna.”

From this recent spate of mega-deals, the entities involved expect benefits like improved economies of scale (the “power of one” versus various, scattered entities), better profits (which, in turn, can fund R&D and other initiatives); and new faces on the newly-combined firm’s management and leadership teams. The disadvantages include, but aren’t limited to, difficulties coordinating and communicating across the combined entity and the length of time it takes to physically “merge” the two companies into a single, efficient organization.

The question is, how will these combined superpowers impact their customers and their respective industries as a whole? Here are four ways things could play out:

It could spawn a groundswell of mega-mergers and, subsequently, less competition.

If the merger goes through, it could trigger another wave of takeovers. In fact, analysts feel it could cause a wave of industry consolidation, with Walgreens Boots Alliance (WBA) and Rite-Aid (RAD) currently seeking mergers or acquisitions with other major health insurers. This could give a smaller concentration of companies a bigger stronghold on the nation’s healthcare industry. Consumer options could be reduced and customers could be subjected to higher co-pays (i.e., if they select a non-CVS drugstore to fill an Aeta plan prescription). Healthcare is a fundamental service that’s comparable to cable, electricity, and telephones, all of which have been consolidated under mega brands and via mega-mergers. And while healthcare is a highly-regulated industry, the idea of only having one drugstore or one insurance provider to choose from could push prices up while whittling down choices.

Better economies of scale could be in sight for healthcare insurers and other providers.

Under pressure to address losses suffered from former President Barack Obama’s Affordable Care Act, and then navigate the murky waters of Obamacare eradication, major health insurers have been grappling with reductions in program offerings. Health care mergers and acquisitions have been rampant over the last few years, making the savings associated with economies of scale that much more critical as margins tighten. In the CVS-Aetna deal, for example, the combined entity would also have more firepower against a giant e-tailer like Amazon — an advantage that companies across many industries are trying to figure out right now. In fact, the “Amazon Effect” is one of the drivers of healthcare mergers and the quest to provide a single point of service and information for customers. This, in turn, helps to reduce the cost of running the healthcare supply chain, the cost of customer acquisition, and the cost of healthcare delivery. Amazon is already leveraging these advantages in numerous marketplaces, and healthcare firms want to be able to replicate that in their own industry.

Premiums may not get any lower.

Seeking relief from rising insurance and healthcare bills, consumers are waiting for a miracle to come and lower their bills. The CVS-Aetna deal probably isn’t their knight in shining armor. In fact, there’s been no real impact on lowering premiums among beneficiaries due to health insurance mergers, according to a Harvard Business Review study. In fact, statistics show that less competition in the health payer market can result in higher monthly premiums for beneficiaries, and particularly for those in employer-sponsored, commercial health plans. But just because you merge an insurance company with the drugstore doesn’t mean consumers will be privy to lower prices. At a basic level, premiums really only go down if fewer people visit the doctor or hospital, and a mega-merger isn’t going to make that happen.

When was the last time your cable company introduced a groundbreaking, innovative product? Or your electric company rolled out a pioneering new service? The answer is probably “never,” and that’s because competition spawns innovation. In the absence of a competitor knocking on your customers’ doors, trying to sell them a newer, better, and more efficient product or service, the drive to innovate dwindles to zero. This could happen if we start to see more healthcare companies merging and creating less competition for themselves. Anytime you have a captive consumer, companies don’t think too hard about innovation.

As more companies look to merge with one another in an effort to gain operational savings, reduce overhead, eliminate redundancies, and gain a foothold in new verticals, the underlying tenets of healthcare probably won’t change much — namely because transformation can’t happen unless we take a holistic view of the problem and fix all of the pain points within that larger picture. Because all of the systems that make up the bigger healthcare picture are interdependent, you can’t just fix one part and expect transformation to occur. In the end, preventative medicine is what’s going to reduce the cost of healthcare, and that’s both an individual and a social responsibility.

[Photo by freestocks.org on Unsplash]

Innovating the Business of Healthcare

Healthcare.Gov: How Disaster Could Have Been Averted

Politics 2.0 and Rise of Underdogs