HomeBlogsWhy Innovation Matters In Politics And The... 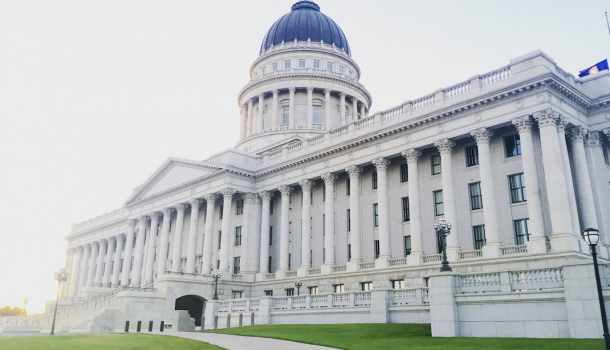 Innovation and technology drive everything from healthcare to education to election wins, but mismanagement can pose threats to democracy, even peoples’ lives.

The United States government is the world’s largest consumer of technology, spending some $80 billion plus each year, with much of it wasted on idle servers, systems and websites dedicated to various departments and offices.

Since the dot-com era of the early aughts, the Clinton, Bush, and Obama administrations have made technology-driven innovation a priority in domestic agendas. Politicians and bureaucrats see technology as a giant panacea for inefficient government functions ranging from healthcare and social services to homeland security and national defense.

Innovation and technology drives everything from education to economic growth. It costs more money to run an inefficient agency, and the system not only fails the people its meant to serve, it eventually hurts them. The U.S. must modernize and innovate rapidly and continually to stay ahead of the developing world where progress comes quickly.

We don’t have to look further back than the 2012 presidential election and the devastation caused by Hurricane Sandy to find opportunities for improvement and change. Consider the following examples:

Big Data and the Big Win: After a database-driven 2008 campaign, Obama’s 2012 re-election campaign manager Jim Messina proposed a new metric-driven effort, saying: “We are going to measure every single thing in this campaign.” Messina brought in an analytics department five times bigger than the 2008 team, replete with a chief scientist for the Chicago headquarters named Rayid Ghani, whose number crunching experience includes maximizing the efficiency of supermarket sales promotions. Campaign spokesman Ben LaBolt kept mum on the specifics, claiming: “They are our nuclear codes.” On Nov. 4, senior campaign advisers shared their high-tech efforts with TIME on the condition that they remain anonymous and that the information not be published until after the decision was final. Those included an overhaul of targeting TV ads and complex models of swing-state voters to improve the efficiency of everything from phone calls and front-door visits to direct mailings and social media. Call lists were compiled based on age, sex, race, neighborhood and voting record, as well as consumer data. “In the end, modeling became something way bigger for us in ’12 than in ’08 because it made our time more efficient,” one senior adviser told TIME about the predictive profiles based on the data.

Deadly Damages: Superstorm Sandy demonstrated major deficiencies in both the private and public sector enterprises that provide basic services and protections to the people. Sandy left about 8.5 million electric customers without service in 21 states after slamming the New Jersey coast on Oct. 29, and none were harder hit than customers served by New York State-owned Long Island Power Authority (LIPA). More than 1 million of LIPA’s 1.1 million customers lost power due to deadly Sandy, while 123,000 more, including thousands of whom had had their power restored after Sandy, were knocked out by a subsequent nor’easter. New York Governor Andrew Cuomo said Nov. 8 that LIPA’s management has failed, and he “will make every change necessary to ensure it lives up to its public responsibility,” including removing management. LIPA Chief Operating Officer and acting CEO Michael Hervey resigned Nov. 13, the same day Cuomo said he would form a special state commission to probe response by the utility.

Tech Troubles Deter Democracy: Another election, another litany of electronic voting-machine misfires and malfunctions across the country, along with a slew of complaints over Voter ID laws. Something as vital as a presidential election shouldn’t be left to antiquated systems that fail time and again. Without a major technological overhaul and upgrade, many of these legacy systems will continue to cause embarrassing and easily avoidable problems. Some 5,000 lawyers and 3,000 grassroots poll watchers from the nonprofit machine-watchdog group Verified Voting documented e-voting machine mess-ups in many states, including Virginia, Florida, Pennsylvania, and Colorado, which still use Direct Recording Electronic (DRE) machines without paper backup for recounts. Barbara Arnwine, executive director of the Lawyers’ Committee for Civil Rights Under Law, said Voter ID laws were the source of the filed over the election, and a hotline set up by advocacy groups had more than 71,000 calls mostly from states with “trend lines” showing major confusion over voter ID rules. Nine states have laws requiring voters show a state-issued ID, and 17 states require voters to present some kind of photo ID. The U.S. should take a lesson from India, the first country to build a high-tech database of personal biometric identities for nearly a billion people. India’s poor who lack paper proof of their existence will be the first in the world able to validate their identities anytime, anywhere in a few seconds. The ground-breaking Indian system would surpass those operated by the FBI and the U.S. visa program.

No government official or business leader can assume technology will cure their organization’s woes. All forms of innovation and technology require intent and direction to produce a proper, valuable outcome.

A coherent and disciplined management approach is important for several reasons:

Technology Fuels Force and Efficiency: In the private sector, it’s a means for gaining a competitive advantage in the marketplace and creating wealth. In the public sector, it’s a tool for creating efficiencies in government organizations, which lead to better services for citizens. In all cases, management must implement initiatives to exploit strategic opportunities in which technology can enable innovation and ensure programs are executed with the highest outcome at the lowest cost.

Management Of Technology Is More Important Than Technology Itself: The value in productivity improvements must converge investments in technology with innovations in business practices. In government, a program of continuing synergistic improvement initiatives will outpace any single investment in technology, or any innovation in process or practice. An agency-wide perspective is required to ensure that specific technology and change initiatives are being managed as part of an overall program of productivity enhancement.

Real ROI: Maximizing return on capital requires oversight of how well assets are deployed to generate stakeholder value. In government, this refers to the design and execution of technology implementations that produce a cost savings or improved service delivery. The Internal Revenue Service implementing computer services that enable the electronic filing of personal tax returns both increased service delivery and reduced operational expenses. Governance prevents precious and limited budget resources from being expended on programs that lead nowhere.

Managing Risk with Governance: The strategic importance of information and the nature of current technologies have raised the stakes regarding privacy, security, and confidentiality. It’s vital that organizational leadership appreciate the material risks inherent in the creation and use of technology. Governance through management policies and procedures ensures that risk is accepted, assigned or deferred.

A COLLABORATIVE ROADMAP FOR SUCCESS

The public sector is as tied to the needs of the private market as it is to its constituency. Every major organization in today’s complex and constantly changing marketplace requires collaborative execution. As with the private sector, all government agencies are functioning within a global marketplace.

Clearly defining the mission and vision of a public sector department or agency, effectively creating and communicating a roadmap to achieve the desired outcomes and then validating the actual results sounds simple. Yet many government agencies display only limited success in creating an environment that reinforces the development of strategic goals through processes that organize and align their activities in support of achieving goals.

Senior agency executives must understand how technology can lead to improvements in operations and enhanced decision making. They need practical ways to decide when to invest, how to channel investments, and how to ensure that investments lead to value.

Just as a company bears responsibility in answering to the company shareholders, a government agency must be accountable to its stakeholders — the citizens that depend on critical services. At the end of the day, how a country is managed is by far the most important operation of all.

How To Make Practical Innovation Sustainable