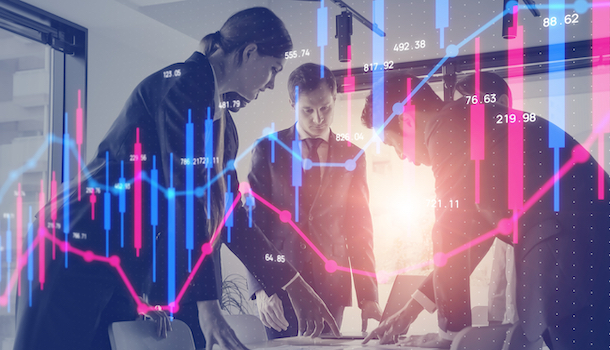 The jury about the economy is still out. And that merely amplifies the uncertainty facing leadership across a swath of organizations and industries.

The demands and challenges of leadership are constantly changing and shifting.

The task of meeting those leadership challenges has become all the more daunting in an environment that’s evolving and changing faster than ever before.

In other words, the environment in which we find ourselves today.

As I write this, the economy has reached what many are referring to as the proverbial fork in the road. According to the Anderson Forecast prepared by UCLA, one possibility would lead to continued economic growth while the other would be a relatively mild, short-lived recession.

The wild card lies largely with the Federal Reserve. Although the fate of inflation will play a significant role, much will depend on any action the Fed takes to combat inflation with regard to monetary policy.

In so many words, the jury about the economy is still out. And that merely amplifies the uncertainty facing leadership across a swath of organizations and industries.

Furthermore, unless you’ve been chanting away somewhere in a remote monastery, you’re likely familiar with the term the Fourth Industrial Revolution. The Fourth Industrial Revolution (also known as 4IR) represents the union of digital, biological and physical innovations. As I discuss in my award winning book LIFT, emerging technologies and their interactions with one another are upending how we work, play, educate and govern ourselves. Artificial intelligence, augmented reality, big data, multi-dimensional printing and the development of varied collaborative tools are just the overture to the symphony of change that we’re all going to be hearing in the coming years.

That’s a future characterized by promise and potential. But it also carries a good deal of uncertainty and instability as well. That’s particularly true in an economy whose future is every bit as uncertain.

For all its potential and promise, the impact and ramifications of the Fourth Industrial Revolution may only prompt some in leadership to err on the side of an overabundance of caution. That can be particularly true with leaders already wary of new technology, new forms of leadership and other elements that run counter to traditional ways of thinking and acting. For them, new tools and ideas introduced in the heart of an economy whose direction is uncertain can be simply too much to manage with any degree of comfort or confidence.

Even leaders who are more welcoming to the varied aspects of 4IR may find themselves reticent to embrace the varied elements of 4IR. Understandably enough, although perhaps not to the degree of their more cautious colleagues, they may reason a time of uncertainty is hardly the moment to introduce anything that even differs slightly from traditional systems or strategy.

I would argue those are both mistaken approaches. It’s critical to fully understand what 4IR is all about, well beyond the shiny new tools and gadgetry—and how they can be key elements of effective leadership when an economic downturn may be on the horizon.

Foster Long-Term Thinking and Planning: First, as was just suggested, the Fourth Industrial Revolution goes well beyond new technology and systems. While those obviously play a significant role, 4IR also represents a significant shift in leadership mindset. In “Lift”, I label this “new” style as transformational leadership. Traditional forms of leadership focus almost exclusively on a transactional dynamic—do this and be rewarded accordingly. That’s not necessarily the best way to lead during periods of change and uncertainty. If nothing else, transactional leadership’s emphasis on the short term isn’t positioned to foster long-term thinking and planning. When dynamic change can quickly transform what’s current to outdated, vision that goes beyond tomorrow is essential to recognize the change that’s occurring and how to plan and act to best leverage that change over an extended timeframe.

Accept Change: That’s where transformational leadership comes into play. In so many words, its very nature is designed to foster a work environment that is more flexible and better able to adapt to shifting conditions and circumstances. Among other attributes, a transformational leader is more accepting of change and less likely to defer to ways of thinking and acting that may be outdated. Moreover, a transformational leader’s mindset is better positioned to deal with the uncertainty of implementing varied elements of the Fourth Industrial Revolution. For instance, rather than treating mistakes and oversights—virtual certainties when adopting new technology and ways of conducting business—as setbacks, a transformational leader will be more comfortable viewing such missteps as opportunities for learning and growth—again, a focus on the long term rather than more immediate ups and downs.

Exude Confidence as well as Patience: Coping with uncertainty—be it the economy or more focused on 4IR—mandates consistent buy in throughout an organization. A company with significant pockets of doubt or concern is less likely to effectively steer itself through an economic downturn, let alone successfully implement elements of 4IR. A leader who exudes confidence as well as patience when employing fresh ideas and strategies naturally encourages those around them to adopt a similar attitude. Facing any change or uncertainty, an organization whose leadership is confident but lacks sufficient support through the entire group can struggle, particularly during downturns or periods of flux. A transformational leader is less likely to encounter that sort of watered-down commitment.

Be Flexible and Adaptive: Lastly, a transformational leader is inherently more flexible and encourages a similar dynamic throughout an organization. Uncertain times and downturns are best addressed with the ability to shift gears and make decisions quickly and efficiently. Those sorts of leaders and organizations acknowledge that merely “staying the course” can often make uncertain circumstances a certainty for needless problems and troubles. On the other hand, flexibility allows both leaders and the organizations they direct to recognize when mid-course adjustments should be made and allow them to do so with confidence and carefully directed adaptation.