HomeBlogs I ArticlesThe Climate Crisis: What You Really Need to Know 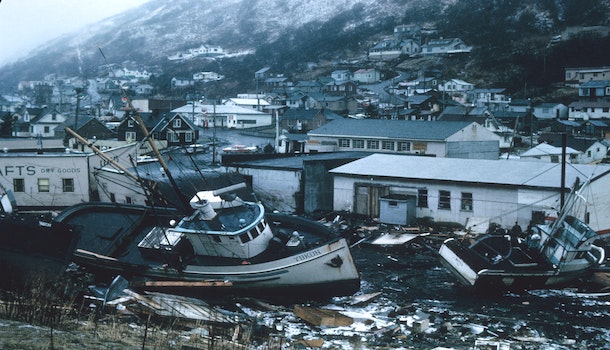 Climate change threatened to cut the global economy by $23 trillion.

The earth’s atmosphere is being changed at an unprecedented rate by pollutants resulting from human activities, inefficient and wasteful fossil fuels, and the effects of rapid population growth in many regions. These changes are already having harmful consequences over many parts of the globe.

Neither a worldwide health crisis nor a war torn region is as worrisome to the Switzerland-based World Economic Forum as the three top spots for significant risks by likelihood as detailed in the 2021 Global Risks Report: extreme weather, climate action failure, and human environmental damage.

How could climate-related issues muscle out a virus that has claimed the lives of millions? A heading in the group’s risks report puts it both powerfully and succinctly: “No Vaccine for Environmental Degradation,” adding that “failure to act would inevitably lead to catastrophic physical impacts and severe economic harm that would require costly policy responses.”

In mid-2021, Switzerland-based Swiss Re Group, one of the world’s largest providers of insurance to other insurance companies, released a report of its own warning that climate change threatened to cut the global economy by $23 trillion unless the world quickly slowed the use of fossil fuels. The report cited declining crop yields, rising seas and temperatures, and numerous other factors in its disturbing analysis.

Climate change is something that’s very near to me. I was born in the delta that sits between India and Nepal, at the foothills of the Himalayas. As the climate changes, there’s a greater amount of ice meltdown in addition to massive cyclones, downpours, and wash-downs. Large swaths of ground have been shifting despite the government’s ​​ongoing effort to manage and limit the crisis as much as possible. In a 2021 article on the climate crisis’s heavy toll on citizens of Bangladesh, author S. M. Najmus noted that “Bangladesh is a low-lying country having 19 coastal districts with a 42 million population, which are under threat due to climate change and the subsequent rise in sea level, cyclones, tidal surge, and permanent inundation, according to officials. Nearly 700,000 Bangladeshis were displaced on average each year over the last decade by natural disasters, said the Internal Displacement Monitoring Center [and] worryingly, some 13.3 million Bangladeshis could be displaced by 2050 following varied impacts of climate change.”

But not all hope is lost. These statistics have helped to create possible counter activities explained in a 2021 Bloomberg article by Hadriana Lowenkrom that details the climate migration crisis caused by intensifying floods in Bangladesh. According to the Bloomberg article, Huq and his colleagues support creating migrant-friendly towns outside major cities to ease pressure on the overcrowded capital. These locations would need to create and implement plans to address climate risks and economic opportunities to attract migrants, they wrote in a paper published in the journal Science.

IGNORING THE CLIMATE CRISIS IS COSTLY

The year 2019 was the second warmest on record for both land and ocean temperatures. To that end, the decade from 2010 to 2019 was the costliest with regard to climate change and natural disasters. Damages and losses totaled some $3 trillion, more than $1 trillion greater than the prior decade. As the world economy becomes increasingly interconnected and interdependent, climate issues in one country or region of the globe will likely impact economic conditions elsewhere.

LACK OF EDUCATION DRIVES THE PROBLEM

Climate change has also highlighted a related education issue—the absence of people in leadership positions with sufficient education in, and exposure to, climate change to formulate policy and make decisions based on climate data. One example designed to help counteract this lack of appropriate skills lies in the Association of Climate Change Officers’ initiative to boost training and credential programs.

Beyond the evident economic and educational ramifications, there is also increasing research that suggests that climate change can contribute to political and social instability.

Studies have shown that warmer temperatures and more frequent extreme weather events underscore a number of equally extreme conditions—such as violent crime and political unrest—that often culminate in organized violence and even outright revolution. For instance, one study conducted at the University of Colorado projected that instances of violent crime could jump by tens of thousands by the end of the century, depending on how quickly temperatures rise. As the world continues to set records in temperature changes, rising sea levels, and other climate change benchmarks, it’s by no means a major leap to establish a connection between those events and growing worldwide instability and violence.

STAYING OPTIMISTIC DESPITE THE DARK STATS

Despite all this grim news, justifiable reason for optimism does exist. Public support for significant action to fight climate change continues to grow. According to a 2020 Pew Research Center survey, broad majorities of the public say they would support a number of initiatives to reduce the impacts of climate change, such as large-scale tree-planting efforts, tax credits for businesses that capture carbon emissions, and tougher fuel efficiency standards for vehicles. In an era where bipartisanship seems a quaint memory, that support comes from more than half of Republicans and an even greater number of Democrats.[1]

Further, the technological possibilities and opportunities of the Fourth Industrial Revolution (4IR) afford potential tools and solutions outside the purview of policy and regulation. From more effective monitoring of air quality to decarbonization of varied industries to using big data and blockchain-based solutions to encourage environmentally friendly consumer and business decision-making, the Fourth Industrial Revolution could transform the overall effort to curb climate change through solutions focused on transformation and not mere deprivation or shifts in individual behavior.

The greater the number of people who see and genuinely understand that climate change is real and is growing exponentially more problematic, the greater the call for meaningful steps. Greater awareness of the impact of climate change mandates a systematic, comprehensive strategy to leverage that shift to the utmost. Here, it can be helpful to subdivide the global topic of planning and execution into two different categories.

First is mitigation—the steps that can be taken to minimize and even reverse environmental damage:

The second category is adaptation—policies and actions with which to adjust to the realities of climate change. These include:

This two-pronged approach acknowledges the reality that climate change cannot be limited just to corrective action—it also underscores the fact that climate change isn’t going to be solved overnight and that proactive planning is necessary to minimize existing damage as much as possible.

[Photo by NOAA on Unsplash] 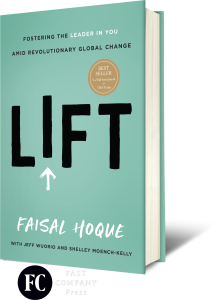 The “Fake News Crisis” and 4 Ways to Combat It