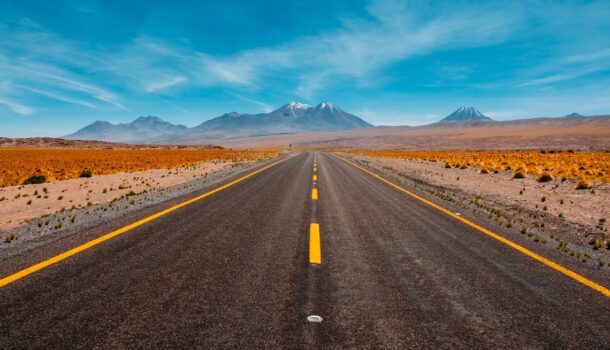 In a world being transformed by unprecedented change, effective, meaningful leadership is becoming even more essential, just as quickly. That offers historic opportunities, provided we recognize what sort of leaders we need to have.

Sweeping change is everywhere, much of it focused on technology. Labeled the “Fourth Industrial Revolution (4IR),” emerging technologies and their interaction with one another are upending how we work, play, educate and govern ourselves. Artificial intelligence, augmented reality, big data, multi dimensional printing, robots designed to interact physically with human beings in a collaborative environment, are just a sampling of the power and pervasiveness of technological disruption.

But 4IR is not only about smart, connected machines and systems. Its scope is much wider. For instance, waves of further breakthroughs are happening at the same time in areas ranging from gene sequencing to nanotechnology to quantum computing. It is the fusion of these technologies and their interaction across the physical, digital and biological domains that is transforming how we work, play, live and communicate.

But the Fourth Industrial Revolution is by no means the sole driver of worldwide change. Rather, something of a perfect storm of factors is powering this level of sweeping disruption.

The Covid-19 pandemic has and will continue to change many of the fundamental aspects of how we live our lives. Forced to redo how we work, socialize, take care of ourselves and educate our children, the practical and psychological effects of the pandemic will continue to impact us all — as consumers, businesspeople, students and citizens.

Long an issue eliciting varied degrees of concern, climate change has also emerged as a major force of disruption. Although perhaps the most visible and prominent result lies in a growing number of environmental disasters — the recent severe winter weather in the Southern United States being one such example — climate change is also upending our choices as consumers who are prioritizing environmental impact, product durability and buying local. Business models now need to take green policies into consideration and to make them visible to the public. Government is now more than ever compelled to address pollution, traffic and the impact of development at all levels — a more informed and connected citizenry is paying attention.

An additional, insidious driver of change is misinformation. Disseminated and reinforced by social media, twisted truths and sheer lies are not only leading us to question who to believe and why but also our confidence in health care, government, education and public discourse.

This tsunami of change and disruption carries enormous consequences. It also carries unprecedented responsibilities. The faster most everything changes and the greater the level of disruption, the faster we all need to learn how to direct that change.

Such a broad seismic shift has effectively empowered every person, group and organization to be leaders in all sorts of capacities. Individual access to data and connectivity — coupled with varied forces that have reworked how we see ourselves and the world around us — have catalyzed and made possible the opportunity to participate, contribute and influence at unprecedented levels in most every aspect of life. In varied ways, we have all become ‘leaders’.

But not just any type of leader.

For one thing, transactional leadership’s emphasis on the short term isn’t positioned to foster long term thinking and planning. Where dynamic change can quickly transform what’s current to outdated, vision that goes beyond tomorrow is essential to recognize the change that’s occurring and plan to best leverage that over an extended timeframe.

Transactional leadership is also geared to fixed, systemic processes — do it this way and be rewarded accordingly. By urging others to just stick to the script, that approach also effectively discourages creativity and innovation — two attributes that will prove essential to constantly adapting to how we work, live, play and learn.

Transformational leaders focus on people — they encourage, inspire and motivate those around them to innovate and create positive change. They encourage autonomy and creativity. They are open and responsive to change. They’re agile by choice.

They are keenly aware of the impact their decisions have on those around them as well as themselves. They understand that their values and integrity embodied in their actions and choices are both an internal as well as an external model. How they choose to lead themselves works hand in hand with how they work with and inspire others.

In world of explosive change and transformation, transformational leadership at all levels — from the heads of state down to the individual — offers the best opportunity to leverage change to transform all of our lives for the better. That goes for how we work, play, govern ourselves and consider and plan for our collective future.

That this level of extraordinary change can seriously backfire against us has already been shown. The horrific events in Washington D.C. on Jan. 6 underscore that very real danger — a threat that Stanford law professor Nathaniel Persily foreshadowed in a 2019 report, “The Internet’s Challenge to Democracy: Framing the Problem and Assessing Reforms. In it, Persily points out that the “original promise of digital technologies was unapologetically democratic…

“That promise has been replaced by concern that the most democratic features of the internet are, in fact, endangering democracy itself. Democracies pay a price for internet freedom, under this view, in the form of disinformation, hate speech, incitement, and foreign interference in elections.”

That example from public events underscores a call to action for leadership — for government, obviously, but also the technology industry’s complicity in providing a platform for dissemination of perilous disinformation that threatened the physical safety of our nation’s leaders.

But it’s also a call to action for every one of us as leaders — leaders who recognize our own responsibility to identify and mitigate the spread and import of feigned information. That applies to individuals as well as business leaders, community groups, educators, the religious community — all leaders empowered to make a difference.

But issues such as misinformation are not merely problems to be addressed. They’re also enormous opportunities that afford not just the chance to right wrongs but to also build something far better in their place. The dichotomy of danger/reward exists throughout the upheaval of change we’re experiencing. For instance, climate change is undeniably perilous, but it’s also been called the greatest health care opportunity of the 21st century.

How everyone of us acts as leaders will dictate whether the outcome will be outright disaster or a healthy, ecologically stable planet.

The opportunity that transformational leadership offers the leader in everyone is both significant and meaningful. We all have an obligation to ourselves as well as others to understand, nurture and manage the “revolution” that’s taking place — rather than having revolutionary change manage us.

Serial entrepreneur Faisal Hoque is the founder of Shadoka, which develops accelerators and technology solutions for sustainable growth. He is the author of Everything Connects: How to Transform and Lead in the Age of Creativity, Innovation, and Sustainability (McGraw-Hill) and other books. Follow him on Twitter @faisal_hoque.