HomeEntrepreneurship9 Classic Books That Will Change Your Life And... 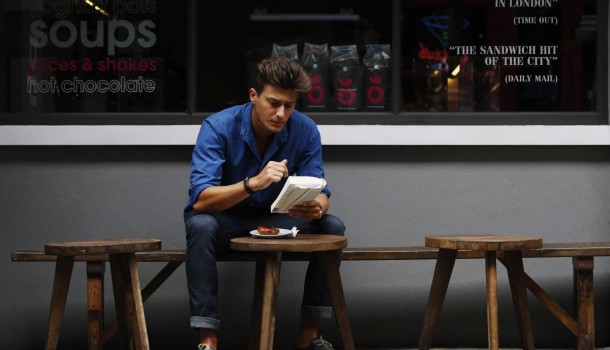 An entrepreneur shares the books that shaped his view of the world.

The appetite for books that inspire us, move us forward, and give us practical guidance seems to be only increasing. The publication of new business books alone tops 11,000 every year — an overwhelming choice for readers.

The ones that tend do well these days seem to be grounded in humanity.

Perhaps that’s because creativity, innovation, leadership, entrepreneurship — they all begin within us; each is very much a human process.

So naturally, the more we humanize the way we think and work, the more progress we can make in these arenas. If we understand the mental and emotional drivers of innovation and creativity, we can be more innovative and creative.

Today’s authors and thinkers have the privilege of standing on the shoulders of giants. Their works, a diverse arrangement of titles and backgrounds, have inspired me to understand what’s behind things like mindfulness, creativity, innovation and leadership, and I believe they will inspire you, too:

“The Power of Myth” by Joseph Campbell

When we talk about myth, we tend to marginalize the word — to mythologize is to make grand, yes, but also to make unreal and un-relatable. Campbell, the comparative mythologist and student of Carl Jung, spent a lifetime explaining how the mythic may be the most real thing we have — for myths are simply the ways we organize meaning in our lives.

“The Power of Myth” comes from a series of interviews he did with Bill Moyers at the conclusion of his career. By the end, we see the way Campbell structured meaning in his life. 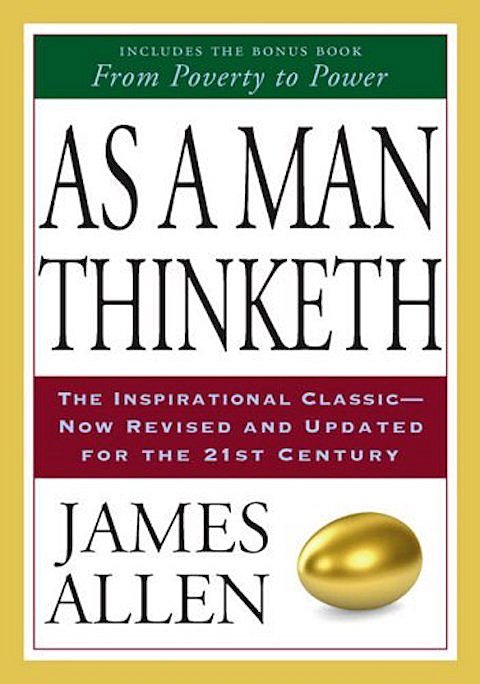 “Thoughts of doubt and fear never accomplish anything, and never can. They always lead to failure. Purpose, energy, power to do, and all strong thoughts cease when doubt and fear creep in. Self-control is strength. Right thought is mastery. Calmness is power.” —James Allen

James Allen was a British philosophical author known for his inspirational books and poetry — a pioneer of the self-help movement. Born in Leicester, England, into a working-class family, his mother could neither read nor write while his father, William, was a factory worker. In 1902, Allen published his third and most famous book “As a Man Thinketh.”

In more than a century it has become an inspirational classic, selling millions of copies worldwide and bringing faith, inspiration, and self healing to all who have encountered it. It stimulates readers to seek perfection through the purity of thought. It helps us transform our thoughts into concrete actions that can result in the achievement of anything that we deeply desire in our heart.

“This passion for form is a way of trying to find and constitute meaning in life. And this is what genuine creativity is. Imagination, broadly defined, seems to me to be a principle in human life underlying even reason, for the rational functions, according to our definitions, can lead to understanding — can participate in the constituting of reality — only as they are creative. Creativity is thus involved in our every experience as we try to make meaning in our self-world relationship.” —Rollo May

Compiled from a series of lectures and essays written by Rollo May, a psychotherapist who was intensely interested in the creative process, this book unveils what it means to be creative. What if imagination and art are not, as many of us might think, the frosting on life but the fountainhead of human experience? What if our logic and science derive from art forms, rather than the other way around?

In this book, Dr. May helps us find those creative impulses that, once liberated, offer new possibilities for achievement. Drawing upon author’s own career and his work with artists, this book shows us how we can break out of old patterns in our lives. It offers a way through our fears into a fully realized self.

Creativity requires taking a chance on one’s self — meeting one’s unconscious, or shadow, as May outlined — moving ahead despite self-doubts, discouragement and anxiety. 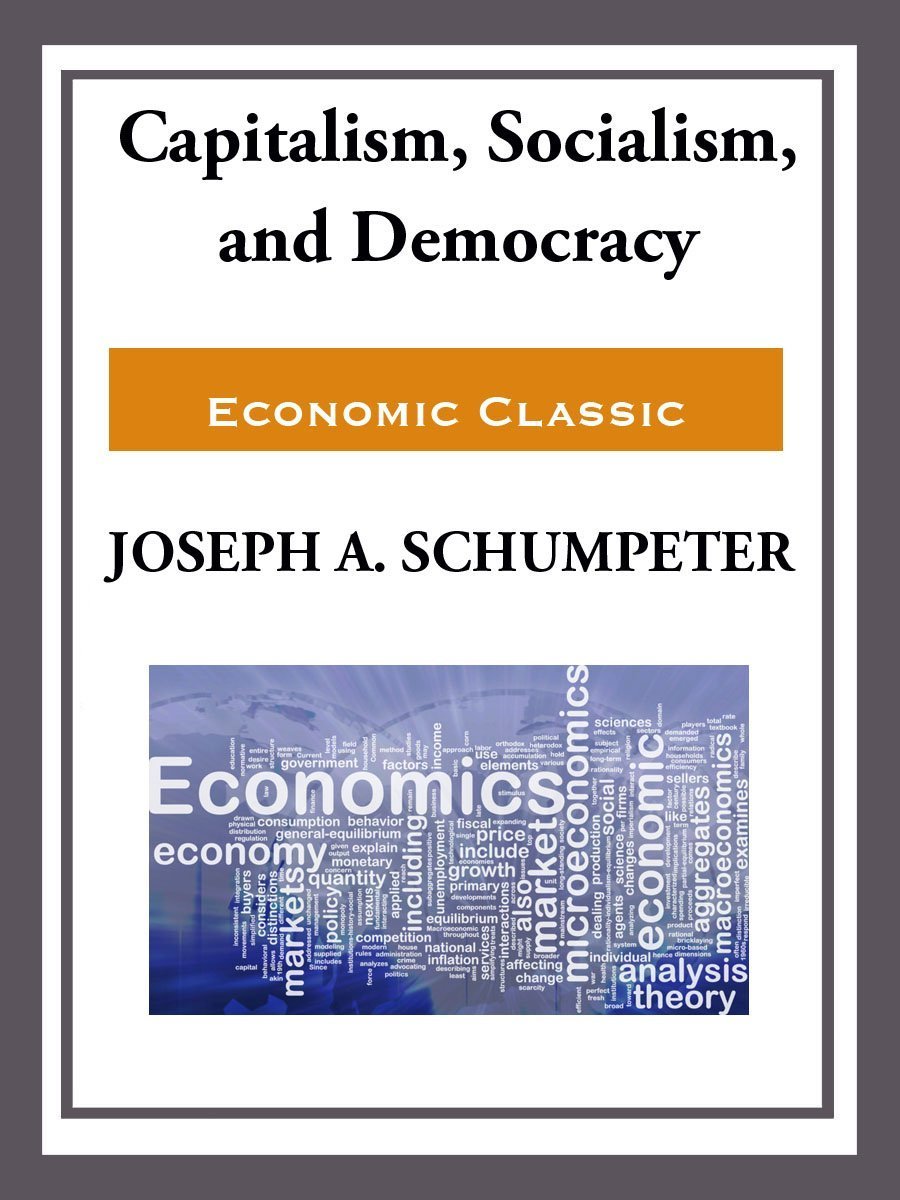 “The fundamental impulse that sets and keeps the capitalist engine in motion comes from the new consumers, goods, thenew methods of production or transportation, the new markets, the new forms of industrial organization that capitalist enterprise creates. This process of Creative Destruction is the essential fact about capitalism.” —Joseph Schumpeter

“The Human Side of Enterprise” (1960) by Douglas McGregor

“All managerial decisions and actions rest on assumptions about behavior…We can improve our ability to control only if we recognize that control consists in selective adaptation to human nature rather than in attempting to make human nature conform to our wishes.” —Douglas McGregor

Douglas McGregor, an American social psychologist, in “The Human Side of Enterprise” originated some of the most innovative thinking on management education and practice. In this book McGregor challenged many of the prevailing managerial assumptions about worker motivation and behavior. He proposed his famous X-Y theory.

McGregor’s ideas suggest that there are two fundamental approaches to managing people. Many managers tend towards theory X, and generally get poor results. Enlightened managers use theory Y, which produces better performance and results, and allows people to grow and develop. 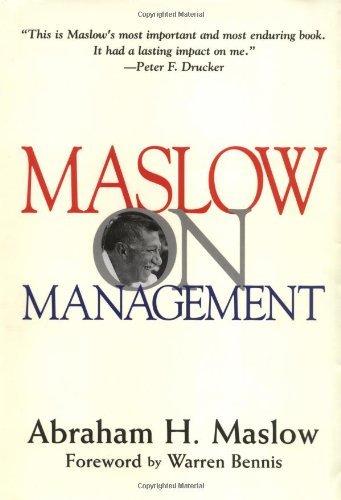 “One can choose to go back toward safety or forward toward growth. Growth must be chosen again and again; fear must be overcome again and again.” —Abraham Maslow

Coordinated by Maslow’s daughter, Ann Kaplan, this book contains a series of Maslow’s journal notes from the early 1960s. Considered to be a seminal work on human behavior in the workplace, it offers Maslow’s theories on such issues as how to encourage people to express their creativity, the importance of psychological health, and leadership ideas that are commonly accepted notions in management circles at the end of the twentieth century.

Although Maslow is most famous for his hierarchy of needs theory, this book for today’s leaders develops ideas on enlightened management that puts emphasis on the individual worker and posits that everyone prefers to be a prime mover rather than a helpless pawn in the workplace.

“The Functions of the Executive” (1938) by Chester Barnard

“At a crisis in my youth he taught me the wisdom of choice: To try and fail is at least to learn; to fail to try is to suffer the inestimable loss of what might have been.” —Chester Barnard

Chester Barnard attended Harvard University between 1906 and 1909 where he majored in economics; however, he did not obtain a degree.After rising through the ranks at AT&T Corporation, Barnard became president of New Jersey Bell between 1927 and 1948. “The Functions of the Executive” presents the functions and methods of operating executives in formal organizations. It was one of the first to provide a comprehensive theory of cooperative behavior. Barnard was the first to insist that an organization can only survive through cooperative systems.

In many ways Chester Barnard is the Peter Drucker of pre-World War II and the Jack Welch of the 1920s and 30s. Many of the concepts and ideas of Chester Barnard are essential to the teachings of Peter Drucker. For example, his emphasis on defining the purpose of a business — the purpose of a business is not to make a profit. Rather, profit is an essential condition for survival. His insight into what it takes to manage a large organization was light years ahead of his time.

“Sādhanā: The Realisation of Life” (1913) by Nobel Laureate Rabindranath Tagore 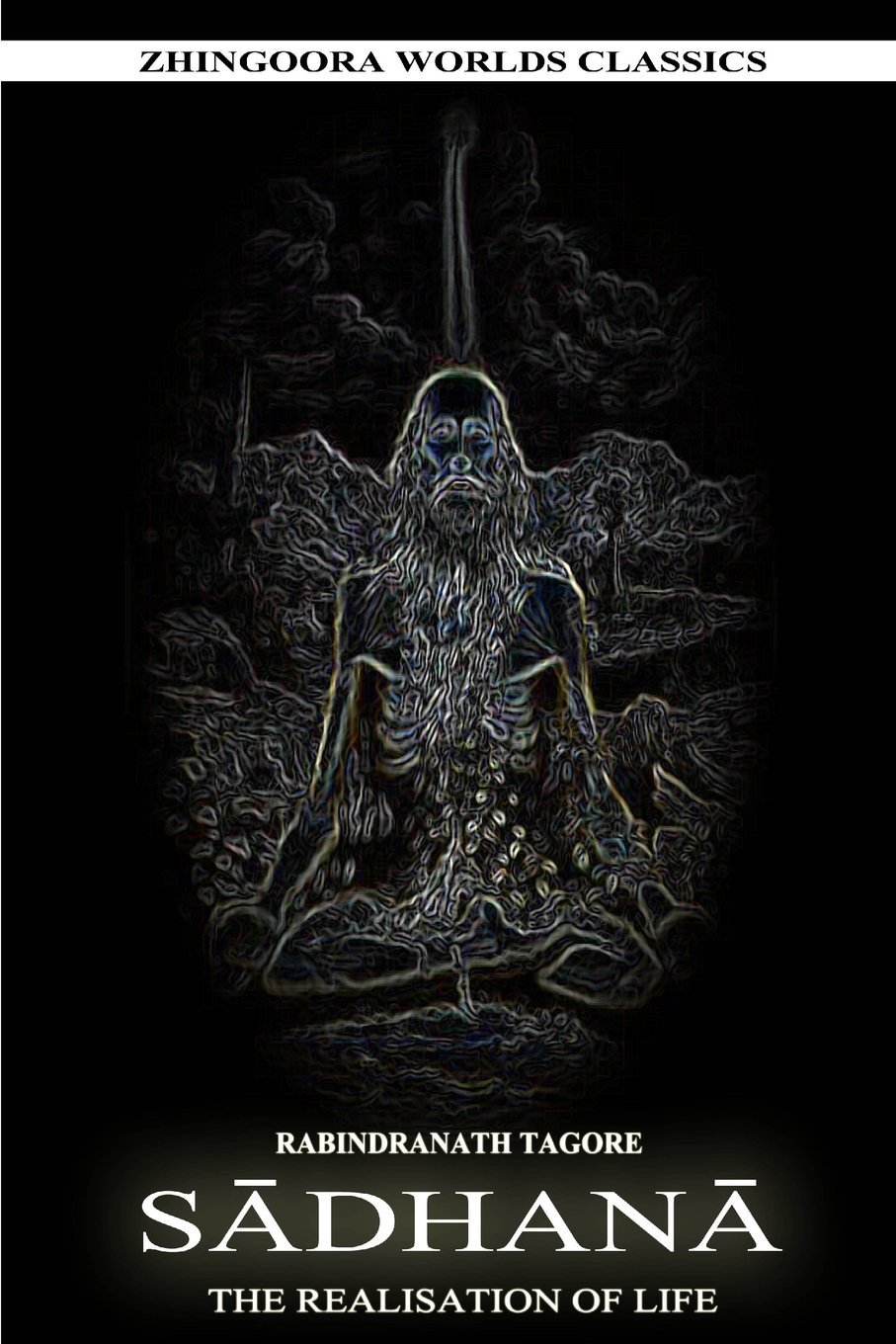 “We can look upon a road from two different points of view. One regards it as dividing us from the object of our desire. In that case, we count every step of our journey over it as something obtained by force in the face of obstruction. The other sees it as the road which leads us to our destination, and as such, it is part of our goal. It is already the beginning of our attainment, and by journeying over it, we can only gain that which within itself it offers to us.” —Rabindranath Tagore

Rabindranath Tagore was a Bengali “Renaissance man” who reshaped his region’s literature and music. He became the first non-European to win the Nobel Prize in Literature in 1913. Compiled and translated by Tagore from his Bengali lectures, the book consists of eight essays, in which Tagore answers some of the most profound questions of life: Why did God create this world? Why would a Perfect Being, instead of remaining eternally concentrated in Himself, go through the trouble of manifesting the universe? Why does evil exist? Do love and beauty have a purpose?

Tagore masterfully brings the spiritual truths behind these profound questions to light, with his lucid explanations of the Sanskrit verses of the Upanishads (Indian spiritual texts dating back to 800 B.C.) and the eternal teachings of Jesus and Buddha.

“The Tibetan Book of Living and Dying” (1904) by Sogyal Rinpoche

“We are fragmented into so many different aspects. We don’t know who we really are, or what aspects of ourselves we should identify with or believe in. So many contradictory voices, dictates, and feelings fight for control over our inner lives that we find ourselves scattered everywhere, in all directions, leaving nobody at home.” —Sogyal Rinpoche

This 400-page (yet surprisingly easy to read) book is a manual for life and death and a source of inspiration from the heart of the Tibetan tradition. “The Tibetan Book of Living and Dying” is a compilation of Tibetan Buddhism exploring topics such as karma, rebirth, the nature of the mind, and finally on how to train your mind through meditation.

Over 3 million copies have been printed in 34 languages, and the book is available in 80 countries. The first half of the book is about living and the other half is about dying. Contrary to the title, this book is not just for Buddhists. The author takes all religions and even atheists into account and the teachings are by no means specific to a religion. It is about the human journey and how everything is interconnected.

5 Classic Books That Have Inspired Innovative Thinking Throughout Time

9 Incredible Lessons From Movies That Could Change Your Life

Not Every Lesson In Life Can Be Learned — Some Have To Be Lived.