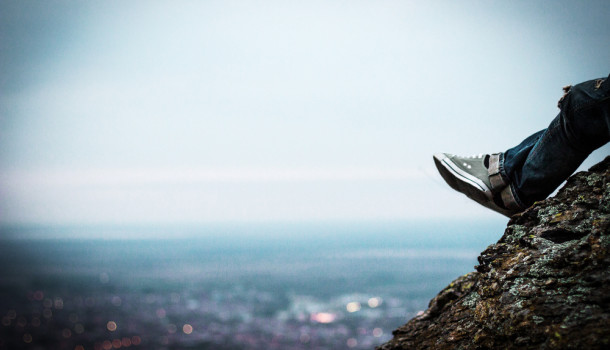 Entrepreneurs are praised for their triumphs, but what about their struggles and the journeys that brought them to success?

In their new book, “Survive to Thrive: 27 Practices of Resilient Entrepreneurs, Innovators, And Leaders,” Faisal Hoque and Lydia Dishman let us look behind the curtain, sharing stories of now-thriving, prominent figures of business, like Julie Wainwright and Andy Sack.

Each story focuses on one of nine essential principles needed to overcome adversity and seize opportunities:

Offered as affirmations for success, the authors give take-away lessons and daily practices that can be incorporated in your own professional journey. Read Hilary Beard’s story, as told in a four-part series of blog posts, in which she struggles to claim her own vocation, not as a lawyer, but as a New York Times best-selling author and writing coach. To read more stories that redefine success and empower your own career, visit http://survivetothrive.pub.

I Have the Power to Be Fearless, Part I

“I wanted to be fearless.”

Beard has been an avid reader and writer for as long as she can remember. Actually, she counters, even before she could understand what she was reading, as a toddler she would pick up any book. In her childhood in suburban Shaker Heights, Ohio, Beard spent many hours writing and illustrating her own stories. Among her favorite books were A Tale of Two Cities and Moby Dick, iconic examples of literature that fueled her imagination and fed her growing desire to become a writer and visual artist.

The vision she had for a creative career was abruptly shelved when Beard was just a senior in high school. It wouldn’t resurface again until more than two decades later. Back when she was 17, attending an art college and pursuing a creative career was not a practical enough path to satisfy her father, who was concerned about his daughter’s employment prospects after graduation. Beard says she understood his perspective. Her father was a black man who had survived the segregation and racial injustices of the South, only to move to the North and endure even more discrimination. He was only looking out for her best interests, Beard asserts, and he wanted to make sure she had the ability to support herself in an unfriendly world. So Beard says she pushed down her own passion and instead applied to Princeton. “I was aware of the creative writing program, but my father and my community socialization was such that I had no other point of reference,” she says. His message would drown out her inner voice. Beard kept herself away from literature and writing, and went on to earn a degree in political science.

How Highly-Resilient People Survive to Thrive

Do You Have The Courage To Survive And Thrive As An Entrepreneur?