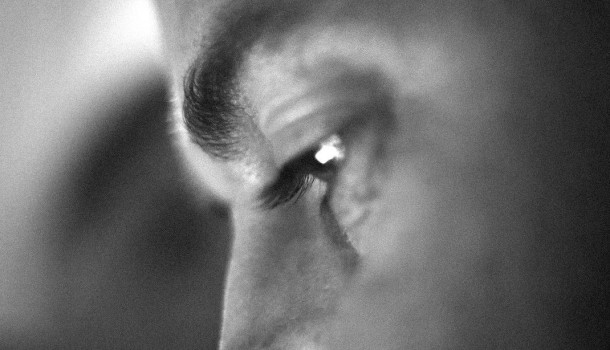 You know all about why multitasking is bad and meditation is good. Here’s the cognitive case for why slower might be better.

Whatever mix of foreboding, cautious optimism, denial, and indifference with which you greet the prospect of your job being handed over to robots in the future, one thing remains broadly true in the present: Many of us are working longer and harder despite huge advances in technology.

It’s no surprise that . . . the “meditation and mindfulness industry raked in nearly $1 billion” last year. Virtually everyone wants to slow down.

But individual workers aren’t necessarily getting more productive; by and large, they’ve just being asked to do more and more—and there comes a point of diminishing returns, no matter what digital tools are available to help. The U.S. Department of Labor recently reported that productivity, which measures hourly output per worker, actually declined at a 3% annual rate in the fourth quarter of 2015, the biggest drop since the first quarter of 2014. And then there are the costs to physical and mental health, with some studies putting those who work more than 55 hours a week at higher risk for a stroke, coronary heart disease, diabetes, and depression.

So it’s no surprise that, according to a Forbes report, the “meditation and mindfulness industry raked in nearly $1 billion” last year. Virtually everyone wants to slow down. Here’s why slowing your pace can actually help you work smarter—and even become more productive.

1. YOU’LL REALIZE YOU HAVE MORE TIME THAN YOU THINK

Feeling like you’re constantly short on time is a state of mind. Sure, you may actually have more on your plate than you can possibly handle, but the way you work might be maximizing rather than reducing the stress of that. Carl Honoré, the author of In Praise of Slow, writes evocatively about “slow” thought as a totally different cognitive state:

Slow Thinking is intuitive, woolly, and creative. It is what we do when the pressure is off, and there is time to let ideas simmer on the back burner. It yields rich, nuanced insights and sometimes surprising breakthroughs.

For anyone who’s ever felt frenzied at work, that makes plenty of intuitive sense. Honoré’s point (or one of them) is to draw attention to the experience of slowed-down thinking as a mental benefit all by itself. Jumping rapidly from one unfinished task to another isn’t just exhausting—and can take a serious psychological toll over time—it’s also inefficient. Chances are you can get more accomplished if you focus intently and deliberately on getting one thing done at a time. That way, you may even realize you had more time on your hands than you thought.

2. YOU CAN THINK MORE RATIONALLY

Kahneman argues that the impact of overconfidence in business strategies, the difficulty of predicting what will make us happy in the future, the profound effect of cognitive biases on everything from playing the stock market to planning our next vacation—each of these can be explained by the interactions between those two systems. Their dynamic profoundly shapes our judgments and decisions.

How? According to Kahneman (and these are the very broad strokes), thinking more slowly can help take us out of mental autopilot. It isn’t just about putting the logical part of our brains in the driver’s seat. Subconscious thought will always continue to operate, but when we slow down, we’re generally better able to trust our intuitions and the conclusions we arrive at through less than logical means. Kahneman breaks it down here:

After all, many of us are far too quick to draw conclusions in the first place. When we give ourselves time to think, we simply make better decisions.

3. YOU BECOME A BETTER LISTENER

When was the last time you waited for another person to come to a complete pause before you took your turn to speak? When we speak quickly, we’re more likely to talk at, over, and past each other, rather than with each other. When we communicate slowly, we put the thoughts of the other person first.

That not only makes them more interested in what you have to say, it gives you both time to truly process one another’s ideas. So while your pace may slow down, your communication becomes more efficient, making misunderstandings—and a subsequent round of rapid-fire, error-prone communication—less likely.

Multitasking gives us the illusion of productivity, but much of our time is spent “firefighting”—trying to clean up the mess from past decisions made too hastily, which could’ve been better thought through. That over-stimulates your brain function, rerouting your mental resources toward damage control, creating a perpetual state of high alert. That’s not only stressful but a horribly inefficient way to work.

With so much information inundating us at the same time, our brains can’t differentiate between what’s important and what isn’t.

Going back to correct an error only adds to the pile of interruptions many of us have to fend off on a regular basis. With so much information inundating us at the same time, our brains can’t differentiate between what’s important and what isn’t. Our productivity suffers, and so does our memory—the one compounding the other.

When we slow down, we notice both the details and their potential repercussions. We ask more and better questions and come to more and better conclusions. The less important things fall by the wayside as we focus more slowly yet effectively on the things with the greatest impact.

5. YOU’LL TEACH YOUR BRAIN TO SLOW DOWN ON ITS OWN (AND THAT’S A GOOD THING)

By now you’re probably used to hearing of the benefits of meditation—but you may think you don’t have time for it. A recent UCLA study found that long-term meditators had better-preserved brains than those who didn’t. The brain changes itself in response to our experiences. So by changing our experiences, we can actively reshape our brains—over time, causing them to function differently without us having to make as great a deliberate mental effort.

One capacity we can help our brains to learn something the psychiatrist Daniel Siegel calls “response flexibility”—the ability to pause before we take action:

It creates a spaciousness of the mind to notice that an impulse has arisen and to disconnect from the automatic behavior that usually follows when someone is an impulsive person. So mindfulness creates a space between impulse and action that allows us to be more flexible in our responses.

So no, you may not be moving as quickly, but you’ll be taking more deliberate steps forward—conserving mental energy, eliminating error, and maintaining your focus. Until a robot takes your job, at least, that’s a much smarter way to work.

Serial entrepreneur Faisal Hoque is the founder of Shadoka, which enables entrepreneurship, growth, and social impact. He is the author of Everything Connects: How to Transform and Lead in the Age of Creativity, Innovation, and Sustainability (McGraw-Hill) and other books. Use the Everything Connectsleadership app for free.

7 Daily Mantras To Boost Your Productivity

Buddha Had It Right: Relax The Mind And Productivity Will Follow

Humanskills, productivity, mindfulness, and leadership in the era of Smart-Tech, AI, and Automation