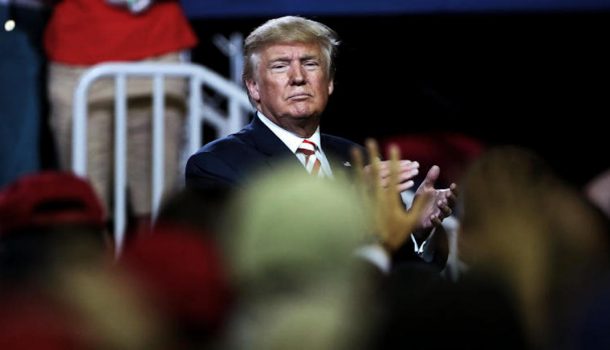 Trump will soon have to prove he’s the manager he says he is. One expert in public-private innovation explains how he can pull it off.

Of the many controversial campaign promises that President-elect Donald J. Trump is now faced with delivering, his infrastructure plan is so far attracting the most bipartisan support. To put it into action, though, he’ll need a lot more than that.

Proving his skeptics wrong won’t just be a matter of pushing legislation through Congress—it’s all about what happens next. Implementing such an ambitious plan promises to be the most daunting and complex management challenge of Trump’s career. Here’s a look at what it might take to pull it off.

WHAT THE PROPOSAL ENTAILS

Within his first 100 days in the Oval Office, Trump has vowed that he’ll not only introduce but sign into law a bill intented to pump $1 trillion in private investment into rebuilding the nation’s roads, bridges, tunnels, and airports.

The plan would offer $137 billion in federal tax credits over the next decade to support those development projects and impose a “repatriation” fee meant to lure back corporate profits parked overseas—a strategy similar to the one Obama has unsuccessfully lobbied Congress to support, and which Clinton had endorsed as well. Just yesterday, though, one Trump advisor hinted for the first time at plans to set up an “infrastructure bank,” which would represent a sharp pivot toward the sort of federal direct investment congressional Republicans have resisted and that Trump blasted Clinton for supporting. 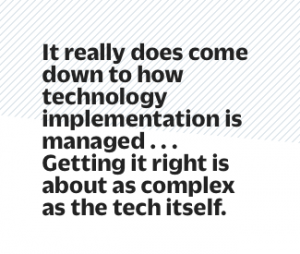 Critics claim that offering tax credits for infrastructure improvements more often rewards profit-minded contractors who are already at work than it incentivizes new ones to pick up their shovels. Typically that leaves many lower-margin projects neglected in underserved communities. And some analysts say history shows approaches like this are often far from “revenue neutral,” as Trump has been billed his plan to be.

Still, executive endorsement can rally the private sector. It’s customary for presidents to use the State of the Union address to set their agendas and indicate their priorities. Many know full well that Congress may only deliver a fraction of those wishlists, but the goal is just as much to give private industry a target to aim for (and an assurance of public-sector support if they do) as to call on legislators to get cracking.

The question, of course, is what happens once those projects get under way: Do they serve the public good and jump-start the economy, or just score short-term political points before revealing themselves wasteful boondoggles?

Over the years, I’ve been fortunate to work with and study how a wide slate of federal agencies handle public-private development projects, including the Department of Homeland Security, the Pentagon, the Government Accountability Office, the Department of Veterans Affairs, and others. I’ve also collaborated with federal contractors such as Northrop Grumman, CSC, and others, as well as with international government agencies like the French Social Security Services, and Native American tribes like Choctaw Nation.

In my experience, public-sector innovation is anything but easy. And if Trump is going to handle his infrastructure proposals effectively, he’ll need to know which projects to put resources behind and how to manage those funds once they start flowing.

The stimulus package passed by Congress in 2009 was the last major investment in public-sector spending made by the U.S. government. It ultimately allocated some $831 billion through 2019, about $105 billion of which was earmarked for infrastructure. While there’s still disagreementover the extent to which the package lifted the U.S. out of the recession (most agree that it averted a much worse one), the stimulus got at least as much work done as it started yet didn’t finish. 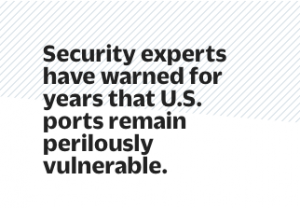 That’s left plenty of technology-based projects at various states of completion—languishing in development, stalled by bureaucratic malaise, or simply underperforming or nowhere near their stated goals. The good news for Trump is that these projects may offer a useful roadmap for another wave of spending. These are a few still–top priorities:

Deploying a common system for digitizing medical records and facilitating electronic collaboration among health care providers. Some experts estimate electronic medical records could save the country more than $81 billion annually in health care costs. The stimulus bill included a provision requiring health care providers to adopt digital records by 2014 and offered incentives to make the switch. But the field of “health informatics” is still new, leaving many best practices still evolving and digital platforms out of sync with one another.

Extending broadband Internet access across the country—a 21st-century iteration of the Rural Electrification Administration of the New Deal era. The Obama Administration earmarked more than $7 billion for this program, but disagreements between the Federal Communications Commission (FCC) and telecom carriers stopped the project dead in its tracks. The FCC reported last year that “a significant digital divide remains between urban and rural America.”

Protecting government computing networks and critical infrastructure from cyberattacks by hackers, terrorists, and hostile states couldn’t be more urgent, as the alleged meddling by Russia-sponsored groups in the email systems of the Democratic National Committee and the Clinton campaign made clear. Ever since the Office of Budget and Management began to require government agencies to report their IT security postures in 2002, they’ve consistently earned subpar ratings. While many officials now recognize the seriousness of those threats, not a single program has led to improved security status, readiness, or response posture.

These aren’t “nice to have” or pork-barrel projects. They’re crucial for national security and prosperity, meaning they should rise above partisan politics in theory (there are already signs that they probably won’t). The problem is plain and simple, though, which the General Accounting Office framed this way back in 2008 and remains true on the eve of Trump’s swearing in: “Our analysis shows that agencies do not have comprehensive re-baselining policies.”

Or in plain English: It’s the management (not the technology), stupid.

If innovating in the public sector really does come down to how technology implementation is managed, that’s still no small task. Getting it right is about as complex as the tech itself. But what I’ve found, in decades of doing precisely this type of work, is that there’s a basic framework that’s effective, no matter how much the technology differs or evolves. Usually if something goes awry, it’s because the bottom fell out at one of four crucial steps. 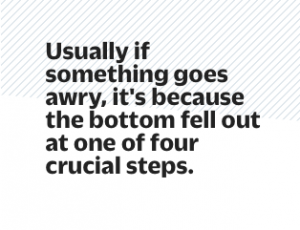 1. Establish a decision-making body that brings together multidisciplinary professionals from a range of relevant organizations to review, approve, and prioritize the goals of any major infrastructure or technology project. If those priorities are off-base or reflect the interests of some to the detriment of others, good luck getting anything else right after that point. Voters are understandably resistant to bureaucracy, but there can be no governance of public innovation without an accountable governing body that can define the policy, champion each initiative, and make sure that each one serves the public interest at every step of the way.

2. Centralize leadership. The buck has to stop somewhere, which usually means an administrator who has a high-level authority over the process of bringing investment proposals forward. This doesn’t just mean appointing a “czar” of something and calling it a day, though that’s a start. Lawmakers also need to appoint leaders who have the power to approve or deny a proposed investment, not just oversee their progress. That person is then responsible for measuring proposals based on their expected socioeconomic impact.

3. Fit technical specs with citizens’ needs. This couldn’t be more difficult. A host of complicating factors often lead to contracts being awarded to inappropriate service providers implementing the wrong fix for the problem. But it’s crucial that the technology meets its service mission. To do that, federal appointees need to hire professionals who deeply understand both the public need and the technological solution—staff up too heavily on one side or the other and you’re in for disaster. But getting the balance right in terms of human capital is really where the power of public-private partnerships can pay off.

4. Communicate, communicate, communicate. Too many public works projects are doomed by a lack of transparency, tunnel vision, or both. Leaders need to hold an open dialogue with the public and the press that’s clear about the details but never loses sight of the socioeconomic impact. To gain and maintain the public’s trust, manage risk with an eye to the public’s interests first and federal contractors’ second. Taxpayers deserve nothing less.

Many of the things that most plague our society, economy, and government have technological solutions. But they can only be implemented by political means. People expect the government to come up with solutions, but politicians succeed or fail largely based on how well they manage those solutions’ implementation.

Trump will take office having a lot to prove to a lot of people. Having avoided releasing his tax returns during the campaign and demurring on placing his company’s assets in a blind trust, many are already anticipating a presidency rife with conflicts of interest, not to say outright corruption.

That doesn’t have to be the case. Trump can follow the playbook when it comes to his infrastructure plan and prove skeptics wrong. He can set goals transparently and with a broad coalition of support. He can build durable operating models, policies, and procedures to make sure changes get made effectively and on time. And he can appoint the right people to make sure that happens. Whether he will, like much else, is an open question. But there’s ample reason to hope for success.

Parts of this article are adapted from The Power of Convergence by Faisal Hoque et al. (American Management Association). A serial entrepreneur, Faisal Hoque is the founder of Shadoka, which enables entrepreneurship, growth, and social impact. He is also the author of Everything Connects: How to Transform and Lead in the Age of Creativity, Innovation, and Sustainability (McGraw-Hill) and other books. Use the Everything Connects leadership app for free.

End The Management-Tech Disconnect In 5 Steps