How To Find America’s Entrepreneurial Soul 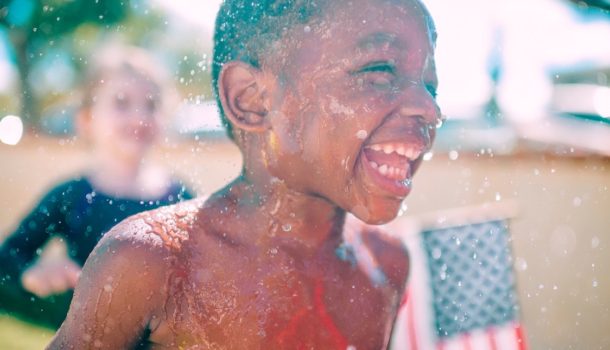 The giant-sized American aspiration and dreams has always has been about the human journey.

Also featured in LinkedIn Pulse What Inspires Me.

“Four score and seven years ago our fathers brought forth on this continent, a new nation, conceived in Liberty, and dedicated to the proposition that all men are created equal.”

It is not a natural thing for an 8th grade student in Bangladesh to memorize Lincoln’s Gettysburg Addressfrom top to bottom. But like many in my class, I did. Even though it didn’t have much of an impact on me then, it is that single speech that continues to deepen my feelings about this country that I now proudly call my own.

To me, beyond Lincoln’s establishment of freedom from slavery, those few lines personify the very essence of the entrepreneurialsoul of this nation–the right to pursue and define your own life as you wish.

“Americans have long taken pride in their willingness to bet it all on a dream. But that risk-taking spirit appears to be fading.”

The article may be right on the facts–entrepreneurial activity is on the decline in the United States, Americans are creating fewer new businesses than they used to. However, I do not believe that as a nation, we have lost our entrepreneurial mojo. The giant-sized American aspiration of entrepreneurship has always has been about the human journey.

A while back I met a senoir counselor to one of the past American presidents. He was telling us a story about his Eastern European grandmother. She made a living as a hotel maid most of her life. She ended up visiting the White House when her grandson became part of the President’s administration. When she met the President in the Oval Office, the President apparently asked her if he could do or show her anything. She had only one question for the President, “How does the White House keep the brass on those fireplaces so shiny all the time!’ The President didn’t know.

It is here in America, although we may not all be Outliers, we can still be impactful and successful within the contexts of our lives. Here, in the same neighborhood, people from four continents can live peacefully. Family members represent the globe, bloodlines can represent multiple different ethnicities. It is here where people have historically come together despite their differences to solve problems and innovate solutions.

WHAT WE DO MATTERS

They say that to be an entrepreneur — you have to be willing to jump into the deep end. And that takes courage.

More thank two decades ago, I had just finished my first summer semester at Southern Illinois University at Carbondale after arriving from Bangladesh in 1986. I was 17 and a student of the College of Engineering. After paying my tuition for the summer and fall, I had $700.00 left to survive, secure an education, and start my life. I didn’t quite realize how tight of a situation I was in. It was only after facing thermodynamics and advanced calculus that I realized those classes were a breeze compared to what I was about to face.

Fast-forward: Years later, I was recruited to help GE launch their first B-to-B ecommerce spinoff as one of their youngest executives. Ten years after my journey began in Carbondale, I started my company, EC Cubed. We launched in December 1996 and immediately signed up GE as a customer. Less than two years later, after raising millions of dollars from venture capital firms and securing top-tier customers, I was fired from my job as CEO. According to the VCs, the company was “not growing fast enough.”

Not only did I lose my company, I also lost all of the IP associated with it, including the rights to the book manuscript I was working on. But what I did not lose was my dream or the courage to rebuild. I returned to the drawing board and wrote my next book, then prepared for the launch of my next venture.

In December 1999, my first book was published; I closed our first round of financing and signed up our first customer. We officially opened our doors for business. Since then I have faced many adversities, and I am sure there will be more to come. But now, unlike during those days in Carbondale, I neither fear nor get frustrated with them. I simply smile because I know that no one ever lost from having the courage to try.

To quote the author Jhumpa Lahiriin her story “The Third and Final Continent”, from her book Interpreter of Maladies:

This nation’s flaws may run deep–yet (for the most part) it is here where anyone can dream, achieve, feel tall, change their lives, start fresh, love anyone. It is in America where, time and again, new leaders, authors, entrepreneurs, artists, scientists, journalists rise up from nowhere to inspire millions and move us forward. It is the “entrepreneurial soul” of this country that never stops me from being optimistic about our nation’s future.

And it is this very notion that gives me the faith to jump into the deep end!

The One Thing Entrepreneurial People Never Do

Reposting :: All That is America