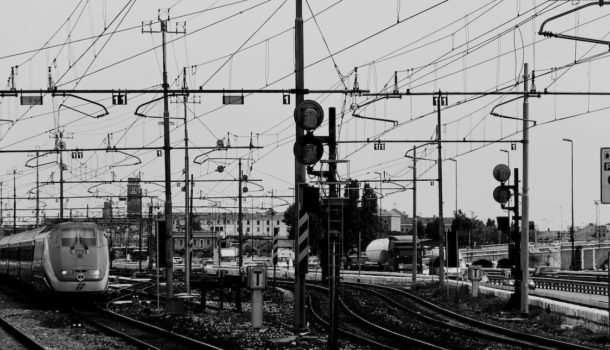 Outcomes and values are changes in conditions that make a positive difference. They generally begin with a verb (e.g., increase, expand, or improve) and are both specific and measurable.

Last week, Democratic congressional leaders and the White House came to an all-too-rare agreement on a pressing national issue, a $2 trillion infrastructure plan to upgrade the country’s highways, railroads, bridges, and broadband. “We were very pleased with the positive attitude toward recognizing the trillions of dollars of need,” House Speaker Nancy Pelosi told reporters. “Now we have an opportunity to work together in a bipartisan way.”

In the wake of the announcement, plenty of questions remain. First of all, where will the money come from? Especially given that many lawmakers are strictly opposed to tax increases. One proposal raised by Trump but criticized last year by lawmakers in both parties is to use public/private partnerships.

And even if the political players come together on the spending and projects get under way, a larger question is whether they serve the public good and improve the economy–or just achieve some short-term political gain.

Over the years, I’ve been fortunate to work with and study how a wide slate of federal agencies handle public-private development projects, including the Department of Defense, the Pentagon, the Government Accountability Office, the Department of Veterans Affairs, and others. I’ve also collaborated with federal contractors such as CACI, Northrop Grumman, CSC, and others, as well as with international government agencies like the French Social Security Services, and Native American tribes like Choctaw Nation.

In my experience, public-sector transformation and innovation is anything but easy. And if the current government is going to handle any infrastructure proposals effectively, they’ll need to know which projects to put resources behind, and how to drive outcomes and public value once those funds start flowing.

A stimulus package passed by Congress in 2009 was the last major investment in public-sector spending made by the U.S. government. It ultimately allocated some $831 billion through 2019, about $105 billion of which was earmarked for infrastructure. While there’s still disagreement over the extent to which the package lifted the U.S. out of the recession (most agree that it averted a much worse one), the stimulus got at least as much work done as it started yet didn’t finish.

That’s left plenty of technology-based projects at various states of completion–languishing in development, stalled by bureaucratic malaise, or simply underperforming or nowhere near their stated goals. The good news for current government is that these projects may offer a useful road map for another wave of public-sector growth.

These are a few still-top priorities:

Deploying a common system for digitizing medical records and facilitating electronic collaboration among healthcare providers. Some experts estimate that electronic medical records could save the country more than $81 billion annually in healthcare costs. The stimulus bill included a provision requiring healthcare providers to adopt digital records by 2014 and offered incentives to make the switch. But the field of “health informatics” is still new, leaving many best practices still evolving and digital platforms out of sync with one another.

Extending broadband internet access across the country–a 21st-century iteration of the Rural Electrification Administration of the New Deal era. The Obama administration earmarked more than $7 billion for this program, but disagreements between the Federal Communications Commission (FCC) and telecom carriers stopped the project dead in its tracks. The FCC reported last year that “a significant digital divide remains between urban and rural America.”

Protecting government computing networks and critical infrastructure from cyberattacks by hackers, terrorists, and hostile states couldn’t be more urgent, as the alleged meddling by Russia-sponsored groups in the email systems of the Democratic National Committee and the Hillary Clinton campaign made clear. Ever since the Office of Budget and Management began to require government agencies to report their IT security postures in 2002, they’ve consistently earned subpar ratings. While many officials now recognize the seriousness of those threats, not a single program has led to improved security status, readiness, or response posture.

These aren’t “nice to have” or pork-barrel projects. They’re crucial for national security and prosperity, meaning they should rise above partisan politics in theory (there are already signs that they probably won’t). The problem is plain and simple, though, which the General Accounting Office (GAO) framed this way back in 2008 and remains true: “Our analysis shows that agencies do not have comprehensive re-baselining policies.”

Or in plain English: It’s the impact!

Riddled with complexities, large government agencies often get stuck in day-to-day routines and putting out fires—all without the benefit of the achievement of business outcomes.

Outcomes are changes in behavior or conditions that make a positive difference. They generally begin with a verb (e.g., increase, expand, or improve) and are both specific and measurable.

Outcomes are not activities, such as “conduct five training workshops” or “install new security systems in 20 facilities” or “develop a new testing protocol”.  These are outputs and do not reflect results achieved and will not demonstrate the value of a program; rather they are activities or products of work that support outcomes. Outputs are things that the program’s personnel have done, not changes that favorably affect the mission or enterprise stakeholders.

Some examples of goals of measuring, reporting, and comparing business outcomes include the achievement of:

In order to develop outcomes, program personnel should ask what results are expected from each output. Outcomes should be something that a program wants either to maximize, such as evidence of “increased learning by workshop participants” or minimize, such as “reduce system defects.”

With the expectation of “do more with less”, government agencies are constantly being asked to produce better outcomes with lesser resources.

The problem is that most agencies are focused largely on completing tasks and outputs not outcomes – they work in organizational silos, and often lack unified and data driven decision-making and governance models.  Furthermore, facing a constantly evolving political environment, they answer to a very large contingency of stakeholders.

They often suffer from:

Outcome-oriented measurement attempts to prove theories of change, asking, “Did it work?” and “How well is it working?” It’s an approach that captures progress toward short-term, long-term, and systemic changes. Using data to improve results and demonstrate value delivery, this method helps agencies understand:

A Framework for Success

My years of research and practice combining best-practices from both public and private sectors has proven that an outcome-focused program execution and evaluation framework should deliver effective decision-making for federated and decentralized agencies to:

Program managers should achieve their program execution goals with:

The approach should reduce the complexity, cost and risk of program execution and organizational transformations while providing complete transparency throughout the program lifecycle.

Knowing the intended outcomes in advance—and ensuring that those goals are attainable and realistic—will help bring them into sharper focus and allow iterative change management. Program managers should include a mix of short-term and long-term goals in the equation, knowing that even small “wins” will get the agency closer to its larger aspirations.

To develop outcomes, agencies should look at the results that they expect from each output. This is important because outcomes should be something that an organization either works to maximize (i.e., the public’s confidence in law enforcement) or minimize, (reduce national high school dropout rates).

The effort that goes into determining what will work for a specific government agency will fall by the wayside if progress isn’t tracked and measured regularly. By tracking the progress of change, agencies can quickly change strategies or redirect in order to stay on the path to successful outcomes.

Serial entrepreneur Faisal Hoque is the founder of Shadoka, and other companies. Shadoka develops accelerators and technology solutions for sustainable growth. He is the author of Everything Connects: How to Transform and Lead in the Age of Creativity, Innovation, and Sustainability (McGraw-Hill), and other books.

Navigating disruption: a roadmap for leaders 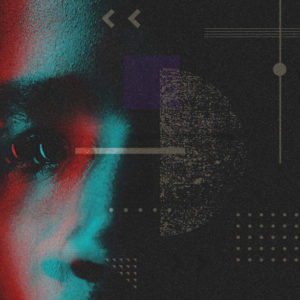 As the Fourth Industrial Revolution advances, virtually all job openings will emphasize judgment and decision-making...
©2021 Faisal Hoque. Privacy Policy | Terms of Use
Back to top
Main menu