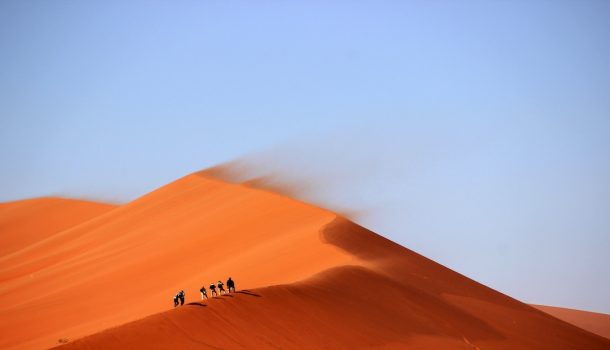 Some leaders are better at motivating their teams than others. Here’s what it takes to inspire others.

Also Featured in LinkedIn Pulse Careers: The Next Level.

Everyone should know a thing or two about how to inspire and motivate others—even non-leaders.

It’s an important skill that helps us not only take on leadership challenges but engage better with new people, build new relationships, and perform to the best of our potential.

The first step in motivating people is to stop treating them just as employees, managers, CEOs, etc.—we’re more than the titles on our business cards!—and start treating others as humans. Sounds simple, but it isn’t all that easy in every situation.

1. They communicate openly and often

When we communicate with others, we have to be clear about what we want. There’s no way to start working towards a common goal until everyone understands what it is and what’s expected of them to help achieve it. Motivational leaders should be approachable and open to dialogue so that everyone they’re trying to motivate can ask questions and share their own ideas. That isn’t shirking the duties of leadership—it’s what helps people connect with your leadership at a personal and emotional level.

“Think like a wise man but communicate in the language of the people.” —William Butler Yeats

“Communication leads to community, that is, to understanding, intimacy, and mutual valuing.” —Rollo May

This communication style means not just clearly articulating your message, but also listening actively—without bias or judgment and with a real willingness to consider a different perspective. It’s about trading messages respectfully and accurately, not just delivering them. Paying heed to their factual as well as emotional content is what allows for better mutual understanding.

Say for instance that an employee has just taken on a big new assignment when he already feels he has too much on his plate. When there’s open communication, he can feel comfortable approaching his manager about his concerns and ask for guidance.

His manager, who’s listening actively, will hear that he’s genuinely concerned about being able to deliver at a high level and on time. She’ll be able to create an empathetic environment where the two of them are equally committed to finding the right solution, whatever it might be.

Motivational leaders know how to create a sense of self-worth in their teams by making them feel good about the work they do. Offering well-placed praise is one way to let people know that you appreciate their efforts and acknowledge their progress. Those who are recognized and rewarded feel more confident, which helps them go above and beyond with each new challenge. Recognition also makes people more enthusiastic, cooperative, innovative, and open to change.

“People thrive on positive reinforcement. They can take only a certain amount of criticism, and you may lose them altogether if you criticize them in a personal way . . . you can make a point without being personal. Don’t insult or belittle your people. Instead of getting more out of them you will get less.” —Bill Walsh

“When you plant lettuce, if it does not grow well, you
don’t blame the lettuce. You look for reasons it is not
doing well. It may need fertilizer, or more water, or
less sun. You never blame the lettuce.” —Thich Nhat Hanh

“The way positive reinforcement is carried out is more important than the amount.” —B. F. Skinner

Despite all the wisdom out there, positive reinforcement is harder to find than you may think. In his book 1,001 Ways to Reward Employees, author Bob Nelson contends that the top two drivers of employee performance are being able to say, “I am able to make a difference at work” and “I have been recognized recently for what I do.” In Nelson’s research, money ranks a distant fifth place. Sadly, over 68% of the workers Nelson interviewed had never received even a simple thank-you.

Nelson also found that while employees rank positive feedback from their boss as their top motivator, supervisors don’t always believe positive reinforcement matters as much as it does. Leaders who truly inspire others understand its real worth.

3. They walk the walk

Effective leaders set an example that others feel motivated to follow. Simply telling people what you expect of them or want them to do only goes so far. Being a compelling role model is the surest way to gain commitment from others—by personally demonstrating what you want from your team, not just dictating instructions.

“Nothing so conclusively proves a man’s ability to lead others as what he does from day to day to lead himself.” —Thomas J. Watson

“An ounce of practice is worth more than tons of preaching.” —Mahatma Gandhi

Alan Deutschman, writing for Bloomburg Businessweek, recounts these real-world examples of leaders who lead by example:

In the early 1960s, when Warren Buffett was recruiting backers for one of his first investment partnerships, he plunged more than 90% of his personal savings into the fund . . . Whenever Wal-Mart founder Sam Walton traveled on business, he rented the same compact economy cars and stayed in the same inexpensive hotels as his employees . . . Ray Kroc picked up the wastepaper in the parking lot whenever he visited a McDonald’s to show cleanliness was a continual job for everyone—even the CEO.

The point is that knowing how to motivate and inspire other people is the key to connect with them. Without that connection, there’s no working together towards a common goal. And a leader who tries to do everything alone isn’t much of a leader at all.

How To Truly Devote Yourself To A Growth Mindset

Four Questions To Turn Everyone In Your Company Into A Futurist 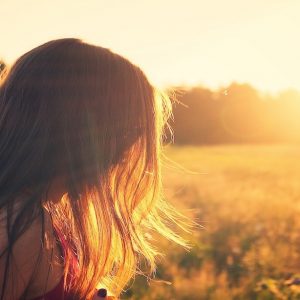 How To Truly Devote Yourself To A Growth Mindset

DEVOTION MEANS CONNECTING WITH OURSELVES DAY IN AND DAY OUT AND TACKLING OUR FAILURES AND SUCCESSES WITH THE RIGHT...
©2021 Faisal Hoque. Privacy Policy | Terms of Use
Back to top
Main menu