What Every Entrepreneur Should Know Before Taking Any Outside Investment 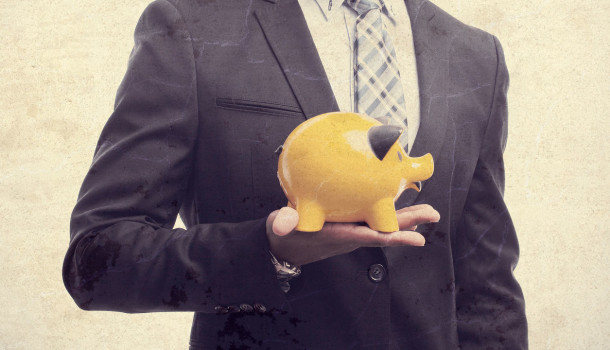 If you are going to build a company with outside capital, one of the most critical decisions you will make is who will be your investor.

Whether you want to build a lean startup by bootstrapping or a fat startup with millions of dollars from VCs or institutional funding, you need some level of funding.

While there are numerous arguments for why you should and shouldn’t raise capital for your business—that’s a topic for a different time—irrespective of the path, every entrepreneur should know some fundamental realities of funding structure before accepting any funding whatsoever.

Funding can actually kill your venture, especially when there is a major disconnect between you and your investor. The disconnect can occur in three major categories:

How funding is structured should create common incentives and shared risks. However, most funding structures in companies are done either through “preferred shares” or through “convertible debt” structures, while entrepreneurs and employees usually hold common stock.

Here are some fundamental problems with such structures:

Common stockholders are on the bottom of the priority ladder. In the event of liquidation, common shareholders have rights to a company’s assets only after preferred shareholders and other debt holders have been paid in full.

Convertible debt (usually with high interest) is a loan that can be converted into equity while the initial debt accumulates interest. Convertible debt is like getting a loan from a bank, but the debt investor can usually call the loan along with the accumulated interest without converting to equity.

Often an entrepreneur’s focus is on valuation rather than focusing on the investment structure. Frequently, the thinking is that high valuation gives lesser control of the company to the investor. In reality, it is often the funding structure rather than the valuation that gives you more or less control. I made these mistakes twice—once with preferred stock and once with convertible debt.

These structures create a misaligned incentive model. A fire sale and/or a bankruptcy can often be in the interest of debtors or preferred shareholders, while it is harmful to the common shareholders.

The BOD members representing the preferred shareholders or the debt holders, despite their fiduciary responsibility toward all shareholders, are likely to vote in favor of their own interests. As a result, the company’s strategy, execution, and long-term prospects are often compromised.

They often place the greatest emphasis on financial analysis versus operational capabilities. While the financial details are crucial, they do not contain enough forward-looking information to understand, track, and govern the venture performance of today’s ever-changing market.

Vinod Khosla, the famed founder of Khosla Ventures, at a TechCrunch event said that 70% to 80% of VCs add negative value. According to him, most VCs “haven’t done shit” to know what to tell startups going through difficult times.

For other types of investors, such as high net worth investors, family offices, and private equity, similar conclusions about their success could be drawn.

As Khosla shared with TechCrunch, “I don’t know a startup that hasn’t been through tough times.”

His approach toward helping entrepreneurs: “I give them advice, but I tell them what I’m uncertain about.”

He said that founders should listen politely and just do what they want to do anyway.

But in many cases, given the structure of the funding, it is hard to avoid investor demands. Their advice comes with their biases, and they often act like a dominant boss instead of a valued partner.

Often the myth is that VCs, angels, and other investors take big risks and support innovation. The realities are quite the opposite.

Consider the VC fund structure: a venture fund has a life cycle. Their timeframe for return often does not match that of an entrepreneur focused on long-term innovation. Venture funds need their investments to pay off within the fund’s life span, which is typically between six and seven years. They look for investments that can generate revenues in two to four years and break even soon after. Their ideal scenario is one in which they sell the company for a lot of money, or go public within the fund’s lifetime.

This short life cycle for venture funds has negative consequences for innovation, particularly for innovation that focuses on solving complex problems. Most investors won’t look favorably on funding companies that take years of research. It’s not that they are not interested in innovation. They just won’t fund innovation that takes time.

Most VCs tend to invest in business cycles and trends. We have seen how investors and VCs acted during the dot com bubble. One could argue that we may be seeing the same mentality around social media.

It is important to match an entrepreneur’s timeline with the investors’ timeline.

In a previous Fast Company article, I wrote: “If I’ve learned anything from my entrepreneurial journey, it’s that our choice of partners—be it a life partner, cofounder, management team, investors, or board members—can make or break a venture.”

The investors you surround yourself with make the difference between failure and success. It’s important to be with people who believe in and support you for the long haul. Equally important is to avoid people who are not aligned with you, take you backward, and have no compassion for your suffering.

There is no simple answer for how to solve your funding needs. However, if you are going to build a company with outside capital, one of the most critical decisions you will make is the investor you are getting in bed with.

Fox5 Interview: How To Succeed In The Gig Economy

How To Become The Most Charismatic Person In The Room 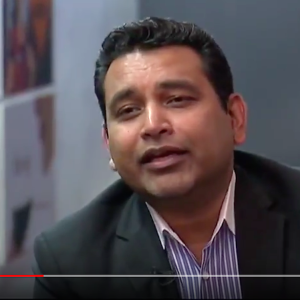 Fox5 Interview: How To Succeed In The Gig Economy

Faisal Hoque, founder of Shadoka and author of "Survive to Thrive," says while anyone can go out on their...
©2021 Faisal Hoque. Privacy Policy | Terms of Use
Back to top
Main menu